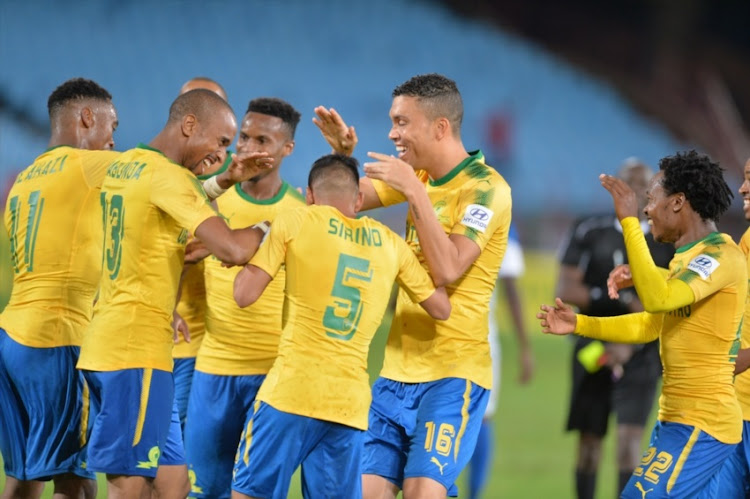 The dates and kick-off times for Mamelodi Sundowns’ group stage matches in the African Champions League have been announced by the Confederation of African Football (CAF) with two home games in Pretoria to kick-off at 21h00.

CAF have introduced a new standardized fixture procedure that separates match days in the Champions League and African Confederation Cup‚ and also provides for set kick-off times to games to aid television coverage.

Confederation Cup games can only be staged on a Sunday or a Wednesday‚ meaning there will never be overlap between the competitions.

However‚ the standardized kick-off times could mean some late nights for local football fans as games only get underway well past what is seen as the norm in South Africa.

The same goes for Confederation Cup matches on Sundays and Tuesdays.

Sundowns therefore start their Champions League Group C campaign at home to defending champions Wydad Casablanca on May 5 (kick-off 21h00)‚ before travelling to Guinea to meet Horoya on May 15 (18h00).

Their match away at Casablanca on August 17 will kick-off at 20h00‚ however‚ in an unexplained concession from CAF‚ before they finish the pool stage at home to Horoya on August 28 (18h00).

“There will be a few exceptions [to kick-off times] in some special cases since it is a novelty.

"However‚ we are hopeful it will mark a giant leap for our club competitions‚” CAF General Secretary‚ Amr Fahmy‚ said on Tuesday.

“We strongly believe in having a unique identity for the club competitions and also creating a rendezvous for the fans‚ a major stakeholder to identify with the two competitions.

"It will also increase the number of matches broadcasted by the TV Rights Holders.”

The draw for the Confederation Cup pool stages will be made in Cairo on Friday‚ with SuperSport United and BidVest Wits seeking to book their place in the pot on Wednesday.

World football controlling body Fifa have received the Tendai Ndoro files from the Premier Soccer League (PSL) and are expected to rule on the case ...
Sport
4 years ago
Next Article