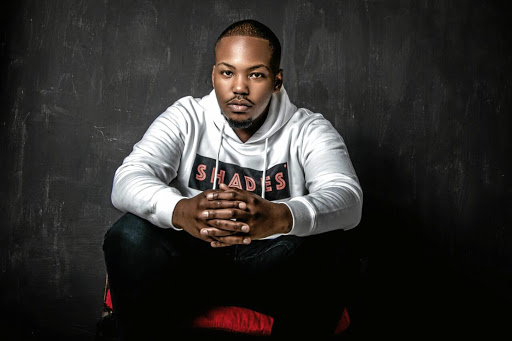 DJ Shades has released a single which will get you agile on your feet. /Supplied

Beat-maker likes to play music people will vibe to

A nomad who has moved towns several times, DJ Shades is finally rooting himself in Johannesburg.

He is from Alice in Eastern Cape, went to study in Port Elizabeth and moved to Cape Town before heading to the City of Gold in 2015.

The 25-year-old, whose real name is Avela Qenge, is one of the most promising DJs and producers who has been gaining some traction and attention.

He launches his new single Save Me, featuring Lebo,
tomorrow in Pimville, Soweto.

It was written by Lebo and it's a "moving on" song after love has gone cold, and the woman hopes there is someone out there to love her better.

"Some people hold on to relationships because they are comfortable and nothing makes them grow. Safety and comfort can never be enough. People should not be in relationships that don't serve them," he says.

All he's known in his life is making people happy through music. "I would hate to play music that no one is vibing to."

He traces his love for music to when he was 12 doing Grade 6 at primary school.

"I went online to research what software big-name producers used to make music. I would be up at 10 or 12pm doing my searches. During the day when other children played outside, I didn't have sport. I obsessed with hip-hop because it was real back then, now it's mostly pop," he says.

Through high school, Shades made a name for himself as a beat-maker after he had downloaded software. The self-taught musician managed to keep the balance between school work and music.

Talk about starting the year off with a bang.
Entertainment
4 years ago

"I've always known that music is what I wanted to do all my life. My mother saw it too. Whenever she walked past my room with the door open she could see how I made music."

He completed an accounting diploma at Varsity College in PE, and went to study music production at the Soul Candi Institute in Cape Town and landed a DJing residency at Cappello on Long Street.

Shades packed up and headed north to Johannesburg to pursue his dream. He crashed at a friend's place for two nights, but was soon on his feet and taking in the Braamfontein music scene.

"I'm a sociable person and I hustle. It was my main objective to move up here, so I pursued my dream with all that I have."

He already has four singles that have earned him some fans since Sueltalo, the Spanish song he released in 2014.

He believes Save Me will propel him to even greater heights.

"I want to release quality music, classics that won't die in two years," he says.

DJ Tira on love: I disappeared but I came back and put a ring on it

He said that he resisted the temptation of always being around beautiful women by staying focused and thinking of his family.
Shwashwi
4 years ago

DJ Shimza wants his daughter to be proud of his legacy