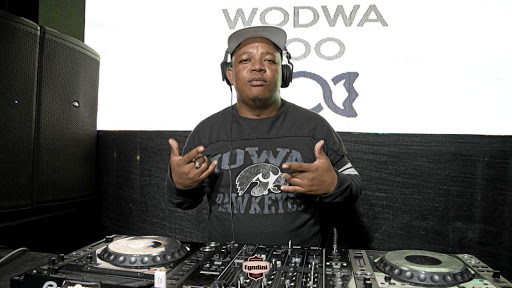 DJ Boonu is an artist and a businessman. / Supplied

DJ Boonu's recipe of mixing business with pleasure is working for him.

Andile Chili known to his fans as DJ Boonu, which loosely means a white person, the Durban musician believes that his love for business does not have to deter him from music.

The 31-year-old says he could live off his music pay cheque, but growing up in a poor family taught him better.

"Growing up in a humble family has taught me to be a hustler. I work hard so that I can be able to give back as much as I can," he says.

"Even when I was still young I would wash cars in Umlazi over the weekends just to make extra cash for school and to buy bread,"

When he is not making hits or touring to promote his hot new single Uswidi Wodwa - featuring Durban's hottest music property at the moment, Amadanon - DJ Boonu is the owner and founder of Softa tissues, which has taken over in shops in KZN.

He started his company in 2015 with just a plan and not much money to his name.

"I have this friend of mine who I also call my brother. When I wanted to start this a few years ago he bought me my first machine and I have never looked back since then.

"Being poor will teach you a lot of things about life and money," he says.

He says hard work is his second nature. When his quantity surveying studies hit a snag at Mangosuthu Technikon due to lack of finances in his second year, he landed a job as a security guard inspector with the company that guarded the technikon at the time.

DJ Boonu started DJing full time in 2009. His first album is due for release soon.

Talk about starting the year off with a bang.
Entertainment
4 years ago

Oskido to intervene in Cassper and DJ Maphorisa 'beef'