Chomee is back with more spice 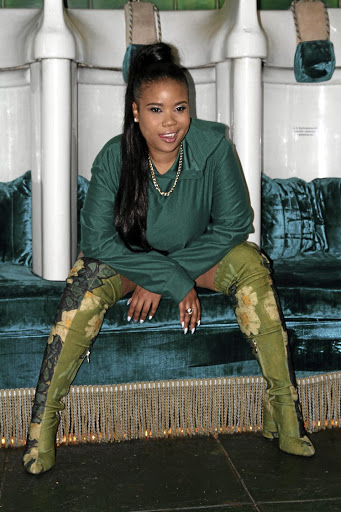 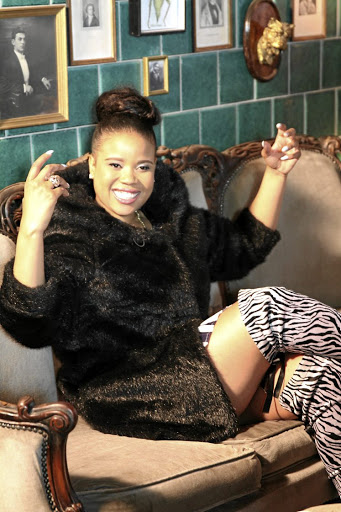 With her skimpy outfits, suggestive moves and seductive lyrics, Chomee has carved her name in the local music landscape.

So entrenched is she that she doesn't even need to release new music every year, but 2018 is different.

She can always count on her unparalleled showmanship.

I ring her up to discuss her upcoming album, Zozela Zalala, slated for next month and, as usual, her pleasant demeanour seeps through the line as we exchange our "Happy New Year" greetings.

She quickly reminds me that she has been rather busy since her last album release seven years ago.

In fact, she featured on Hlokoloza with her manager Arthur Mafokate, Jackknife with Euphonik and about two songs with Professor. Her fans would remember her more as Chichi, the restaurant/bar owner on the SABC2 soapie Muvhango, plus she has not been too far from the stage.

"Sometimes, when the shows are still flowing in, you get lost in the midst of everything. And then, when you stop to look back, you realise that you haven't released in a long while."

In October, Chomee dropped the laid-back Zozela Zalala, the title track, a catchy Afro-fusion tune in the ilk of Davido and Mafikizolo's Love Potion. The first single heralded her forthcoming album.

The uptake has been impressive, already sitting on 1.4million views on YouTube.

"I thought the song would pick up in February or March, but I was called everywhere."

She says her second single is coming out soon, but warns it's a far cry from the mellow Zozela Zalala. It is more up-tempo and harks back to the high energy dancing that revellers associate with her.

"Some people complained that they wanted something like Jiva Sexy, but I reckoned that when you've been gone from recording for that long, you have to bring something 'wow', and I loved Zozela Zalala, I thought it was something different that I needed to do."

The 13-track album boasts a galaxy of stars, some from Kalawa Jazmee such as Candy Tsa Mandebele and Nokwazi, plus Durban's Professor and Bongani Fassie and the disgraced kwaito star and convicted rapist Brickz.

Chomee reveals that part of the delay in the release of her album was the difficult decision to release or hold back her collaboration with Brickz.

"We decided to go ahead with it because he's serving his time now and won't be around to promote the song, but we didn't want to appear to be insensitive to the issues [rape trial] around him at that time.

"Overall I'm happy with the album. It's like a platter with a little bit of everything. I think it's beautiful. I believe in learning from others and these artists I worked with all do things differently and are talented in their own ways. I learnt a lot in studio."

She believes her greatest weapon to longevity is re-invention.

"I like to introduce new elements and experimenting with sound. I don't like to box myself [in] and want to always have something new when I get up on stage."

Reflecting on her long career, Chomee believes she has achieved a lot for someone who saw a music career as a far-fetched dream.

"When I got into the industry I watched Abashante and Boom Shaka and I was always in awe. I doubted I could do what they did because it looked difficult, little did I realise that watching them I was subconsciously learning from them. They invested a lot in their performance craft."

She insists that she does what she loves and it gets strange when people say she inspires them.

"It's a beautiful thing, but I don't do things to be an inspiration, I do them because it's what I love."

Idols SA winner Paxton Fielies is thrilled to release her first album at the tender age of 17.
Entertainment
3 years ago

Cassper Nyovest has once again decided not to submit his music to the SAMAs.
Shwashwi
3 years ago

Oscar-winning actress Lupita Nyong'o has revealed that she is writing a children's book.
News
3 years ago
Next Article