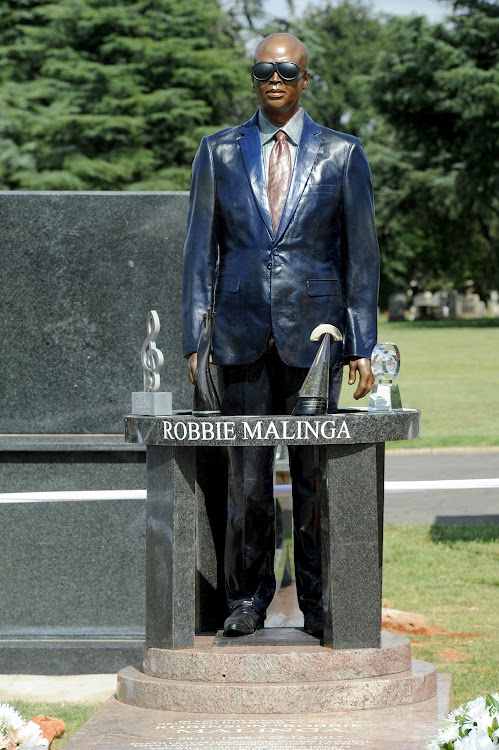 CEO of Bataung Memorials‚ Lebohang Khitsane‚ has revealed to TshisaLIVE that the redesign of Robbie Malinga's 7-ton 'tombstone statue' is already underway.

This after the original tombstone had to be removed 24 hours after the veteran musician's funeral‚ where thousands of fans commented about its lack of resemblance to the musician.

"We have taken the statue down and the redesign is on track."

Lebohang added that the new statue would be erected on January 23 and that it would be something "magical".

Even though he was shy to reveal too much detail‚ Lebohang said the initial inspiration was to embody Robbie's "award-winning life" and that still stands.

"The new statue will be something amazing and will take things to the next level."

The businessman said he has been working closely with Robbie's family‚ who have provided more pictures of him to ensure a more accurate portrayal of the star.

Lebohang said that it took a team of 15 people to make the original tombstone‚ which cost an estimated R500K.

Robbie's business partner and family spokesperson‚ TK Nciza previously told TshisaLIVE they were not stressed about peoples' opinions of the tombstone.

"People will have different opinions about different things. For us the most important thing is that our brother is resting in peace and that the family is able to go on. If he (Lebohang) wants to fix it and thinks he can do a better job‚ then great but we are not stressed about it."

The veteran musician died on Christmas day after being diagnosed with pancreatic cancer in June.