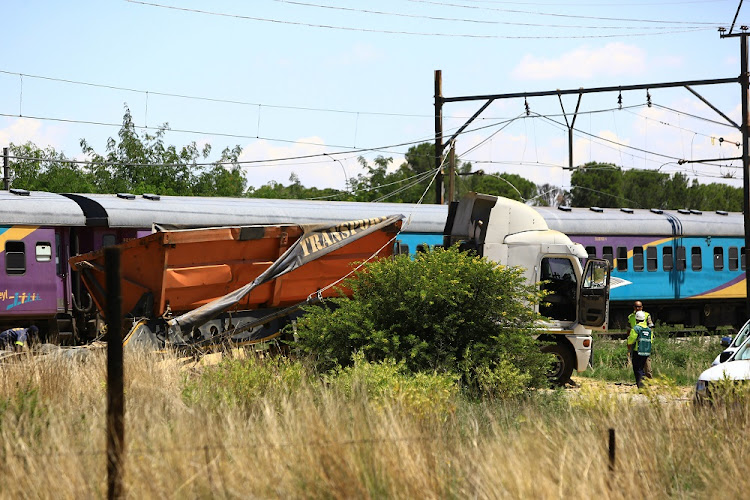 Transport Minister Joe Maswanganyi has directed the Railway Safety Regulator (RSR) to establish a board of inquiry to establish the cause of a fire that broke out after the deadly Kroonstad train crash last week.
Image: Simphiwe Nkwali

Transport Minister Joe Maswanganyi has directed the Railway Safety Regulator (RSR) to establish a board of inquiry to establish the cause of a fire that broke out after the deadly Kroonstad train crash last week.

Meanwhile the preliminary investigations by the RSR into the deadly Shosholoza Meyl train crash in which 19 people were killed have been finalised.

The Chairperson of RSR is expected to update the public and media during a media briefing on Wednesday in Pretoria.

He will also brief the media on the collision between two Metrorail trains in Germiston in which more than 200 people were injured.

In a statement released on Tuesday‚ RSR said that it had satisfied itself that railway safety regulations were met at the specific level crossing where the crash between the train and a truck took place.

“The level crossing is located on a gravel road that is protected by advanced warning signs and a stop sign. Furthermore‚ the railway line is equipped with whistle boards on either sides of the level crossing. The RSR is‚ therefore‚ of the view that the level of protection is in line with requirements‚” the statement read.

Prasa) has blamed the collision between a Shosholoza Meyl train and a truck on human error.
News
4 years ago

“The preliminary findings indicate that the driver of the truck tested negative for alcohol‚” it added.

Free State police confirmed to TimesLIVE that the driver was allowed to return home but warned to make himself available if he was needed. He has not been charged.

“Therefore the Minister of Transport has instructed the RSR to institute a Board of Inquiry to identify the root cause of the occurrence‚ identify the source of the fire and to provide recommendations with a view of preventing similar occurrences.”