Rap on the knuckles for delinquent debt counsellor

A consumer who entered into debt counselling via WhatsApp has been released from the process after her debt counsellor admitted to a number of serious misdeeds. 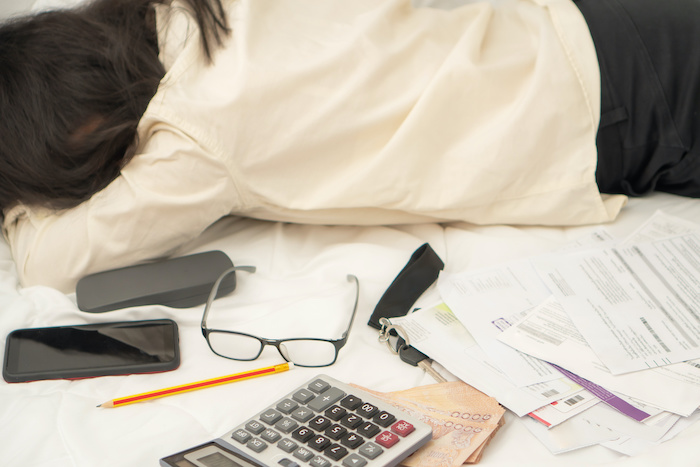 By law, a debt counsellor must notify all your creditors that you’ve applied for debt review within five days of receiving your application.
Image: 123RF/AMNATDPP

Consumer Magdalena Sapalo says that Mogamat Armien Green of Anglo Debt Assessors SA in Lansdowne, Cape Town, was listed as her debt counsellor, yet he neither consulted with nor counselled her.

Sapalo alleges she never had any dealings with Green. All her engagements with Anglo Debt Assessors were with call centre staff who work with or for Green, and mostly via WhatsApp.

Early this year, debt counsellor Asia Lamara was fined R1m and stripped of her registration after the National Consumer Tribunal found she had, among other things, delegated her duties to people who were not registered debt counsellors.

Sapalo lodged a complaint against Green after he placed her in debt counselling despite her timeously choosing not to proceed with her application.

She decided against debt counselling after she found out she would not be able to access more credit, which she claimed was not explained to her.

Not only did Green ignore her instruction to stop the process, he was late in notifying Sapalo’s creditors, she alleged. By law, a debt counsellor must notify all your creditors that you’ve applied for debt review within five days of receiving your application.

The complaint against Green was lodged with the National Credit Regulator in March by debt counsellor Michelle Barnardt on behalf of Sapalo.

The complaint also alleges that Green pasted Sapalo’a digital signature on a special power of attorney which gave him control of her estate, including the right to cancel any credit life insurance policies and enter into new policies on her behalf.

In late August, the NCR notified Barnardt that the complaint had been resolved on the basis of a settlement agreement which makes provision for the admission of prohibited conduct by Green.

In terms of the agreement, Green admits to having engaged in prohibited conduct and undertakes to remove the debt review listing from Sapalo’s credit bureau profile within 20 days of signing the order.

In a letter to Barnardt, the NCR’s Isabella Klynsmith says the regulator will file the settlement agreement at the National Consumer Tribunal and request that it be made an order of the tribunal.

On receipt of the NCT order, Sapalo may ask the tribunal for a certificate of damages so that she can institute a civil claim against him or negotiate with him to pay her damages.

“In concluding a settlement agreement where the debt counsellor admitted liability / prohibited conduct, the NCR has duly fulfilled our statutory mandate and regard this matter as resolved and finalised,” the letter states.

In 2016 and 2017, the National Credit Regulator (NCR) issued circulars stating that it was investigating the business model adopted by debt counsellors who run call centres.

Yet despite repeated requests, the NCR did not respond to questions from Money about the outcome of its investigations and its stance on debt counselling via call centre.

The regulator also ignored questions about the inordinately high percentage of debt counsellors who it found to be non-compliant in the last financial year.

However, the NCR would not disclose in what ways debt counsellors were non-compliant nor what enforcement action was taken against them.

The annual report states that the NCR received 1,874 complaints in the year under review, 92% of which were resolved.  But it would not reveal how many of these complaints were about debt counsellors, and how many were resolved in favour of the complainant.

Debt counselling, the process through which your debts are rearranged, with the agreement of your creditors, so that you can repay them in a ...
Business
1 year ago

Credit can be a great enabler when building wealth, but when it’s used recklessly, the consequences are disastrous.
Business
1 year ago

The not-so-obvious additional costs and charges associated with pawning and payday loans can result in you paying a lot more for borrowing against ...
Business
1 year ago
Next Article