For some people debt review 'is a bottomless pit of deception' 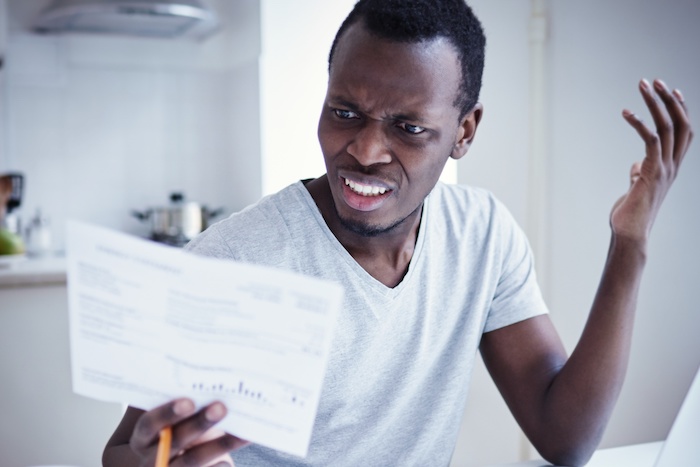 Debt counselling comes at a heavy cost, including initiation and ongoing fees for the debt counsellor, and higher interest rates if your payment terms are extended.
Image: 123RF/DAMIR KHABIROV

Debt counselling, the process through which your debts are rearranged, with the agreement of your creditors, so that you can repay them in a manageable way, comes at a cost.

As such, it does not cater for people who are unemployed and without an income.

The costs include you paying the debt counsellor an upfront fee and ongoing fee, and another fee if you make your repayment through a distribution agent. Sometimes debt counsellors advise you to pay via an emoluments attachment order (better known as a garnishee order) on your salary, which adds yet another layer of costs.

The rearrangement of your debt can include extending the term of the debt, which means you could pay a lot more in interest.

This rearrangement, however, must be made an order of the court or the National Consumer Tribunal (NCT).

Debt counselling is a creation of the National Credit Act (NCA) and has helped thousands of consumers over the past 13 years. But it has some serious shortcomings that have resulted in some people being worse off.

There are 1,495 registered debt counsellors, according to the National Credit Regulator’s latest annual report, which also notes that  705 of the 1,000-odd debt counsellors who were monitored for compliance with the law (in the year under review) were found to be noncompliant.

Henk Bekker, a mechanic in Beaufort West, is one of growing number of consumers who are of the view debt counselling has failed them. He went into debt counselling with a firm that was the recipient of numerous industry awards early last year.

Debt review is a bottomless pit of deception. If you think you had it bad before debt counselling, wait and see the consequences of signing up.

Consumer  Henk Bekker  on how debt counselling has failed him.

“The whole thing was concluded over e-mail. Since applying, I’ve had dealings with multiple consultants, but never a debt counsellor. At the beginning they found I wasn’t over-indebted. So they changed some of my expenses to the point that I was over-indebted enough to be placed under debt review.

“They kept telling me I’d ‘save’ R6,000 a month as a result of them being able to reduce the interest rates on my credit agreements. So I went ahead with it. But my finances have just become a bigger mess.

“Last July I broke my arm and didn’t have an income for six weeks, so I couldn’t make my payments. I’m a sole proprietor and I was never informed that I wouldn’t be able to access credit in my business capacity as a result of going into debt counselling.”

Bekker has paid the debt counselling firm R9,500 in fees and R9,545 for legal fees only to discover that he has no court order placing him under debt review.

The debt counselling firm failed to check how he had married before putting in place a proposal to rearrange his debts. It then came to light he was married in community of property, and because his wife was not a party to the rearrangement, it can’t be presented to a magistrate for a court order.

This means Bekker is technically in debt review and not able to exit. He’s also aggrieved that he wasn’t told that the terms of his credit agreements would be extended.

“It was only after I saw my first statement that I realised I’d be paying off my cars for another seven years. I’ve been paying them off for more than two years already. That wasn’t explained to me. I wouldn’t have agreed to that. They promised better interest rates but never mentioned extended terms.

“Debt review is a bottomless pit of deception. If you think you had it bad before debt counselling, wait and see the consequences of signing up,” he says.

Philip Nortje, a debt counsellor based in George, says cases such as Bekker’s are not uncommon.

Nortje is helping a number of consumers who’ve landed up worse off after dealing with debt counsellors. One had the misfortune of enlisting the services of a con man who passed himself off as a debt counsellor. He put the woman under debt administration, unbeknown to her, and debt counselling, Nortje says.

Nortje says the tragedy for this consumer is that the administration order extended to her vehicle financing that was disguised as a personal loan below the maximum credit limit of R50,000 that can be included in administration. The consumer ended up losing her car.

However, some consumers, like Jasmine (not her real name), a 32-year-old from Eldorado Park in Johannesburg, says debt counselling has been “a saviour”.

When she went into debt counselling almost six years ago, she was indebted for about R450,000. She will exit debt review in 2023.

“I used to get credit all over. Every bank ... they all called and offered me, and not knowing any better, I just took it. There was a time I had 13 different loans.”

“The average debt is about R350,000 and monthly commitment R13,000. These averages will again depend on the debt counsellor’s clientele.”

Kreuser says it takes between four and 12 months to obtain a debt review order, depending on whether your debt counsellor applies to the NCT or the magistrate’s court for the order.

An NCT order can be obtained within four to six months if all the credit providers consented to the debt repayment plan, she says.

“If all credit providers don’t consent, or the debt counsellor is challenging reckless lending, the matter must be referred to the relevant magistrate’s court.

“In this case, the court order can take between six to 12 months to obtain – again, depending on how busy the court is and whether the matter is finalised after the first hearing,” Kreuser says.

The latest research into the saving and investing habits of South Africans reveals our financial vulnerability in times of crisis, with alarming ...
Business
9 months ago

No matter how you feel the financial pain, this is the time to learn some hard lessons so that you can live a better financial life in future.
Business
9 months ago

Today, SA will have been in lockdown due to the Covid-19 pandemic for a week and those who are still working are settling into routines in home ...
Business
1 year ago
Next Article