You have to have quite an unusual or dangerous occupation for insurers not to cover you, and even then, you can get what is known as impairment cover. 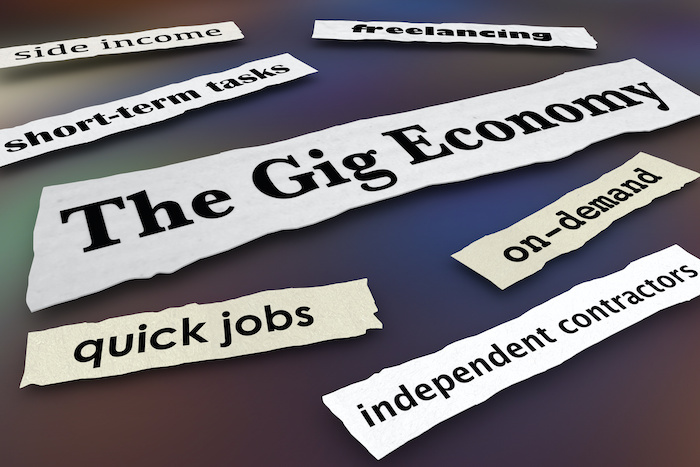 The consequences of an injury or illness without the right cover in place would be devastating for self-employed people. Picture: 123RF/IQONCEPT

Insurers are increasingly offering insurance against loss of income to people who make a living from work that previously was excluded from cover.

You now have to have quite an unusual or dangerous occupation to be excluded, and even then, you can get what is known as impairment cover.

John Kotze, Old Mutual’s head of retail protection solutions, says certain jobs have traditionally been regarded as too risky for insurers to offer an ongoing monthly income replacement benefit if you are disabled.

He says Old Mutual has a very comprehensive list of over 1,000 occupations, and on the current list, just over 10% of these jobs are excluded from this kind of cover.

Fitness instructors, drivers, steel workers and submariners, amongst many others, are on the list of those excluded.

You can now get cover from FMI if you work as a bookkeeper in the morning and drive an Uber in the afternoon or work on a contract for six months as a farmer in the US or caregiver in the UK, Elmarie Samuel, FMI senior technical marketing specialist, says.

Tutors who work from home for 12 hours a week rather than 45 hours, will also be able to get cover, she says.

Petrie Marx, the product actuary at Sanlam Individual Life, says Sanlam provides income protection for most occupations and for those with multiple income streams who declare this income.

Sanlam only denies the benefit to people with exceptionally dangerous duties, such as working at heights, or mainly underground, or with explosives, or working on an oil rig or doing mainly heavy mining duties.

It also does not cover very specialist occupational duties, such as pilots or professional sportsmen, he says.

Last year Liberty updated its income protection policies to allow you to cover a second income stream as long as it makes up 20% of your income and is declared to the taxman.

Steve Piper, chief distribution officer at FMI, says FMI is of the view that everyone should be able to protect their income against the risk of injury, illness or death as a first need.

While gig workers and self-employed people enjoy greater independence and flexibility, anyone who has their own business, or is a “one-man band” like a freelancer or contract worker, is unable to earn when unable to work, Piper says.

This means the consequences of an injury or illness without the right cover in place would be devastating, he says.

He says the life industry has struggled to ensure customers with non-standard occupations, perceived high risk occupations, and multiple income streams have appropriate cover. The industry has struggled to offer cover to those not working consistently, who have no formal contracts in place, or are unable to define what their anticipated income will be at any given point, FMI says.

Since 2015, FMI has provided cover for occupations that other insurers exclude like au pairs and homemakers; heavy duty electricians; sportspeople, coaches and referees; students; pilots; artists, musicians and entertainers; oil rig workers and commercial divers; and health and fitness instructors.

Now it will expand its cover to those fixed-term, temporary or project-based contractors, to those who earn from “side hustles” or secondary occupations and the self-employed, including those who work intermittently or irregular hours.

Kotze says if you are self-employed or a contract worker, Old Mutual will consider the underlying contract before deciding to cover you.

He says Old Mutual does cover you for multiple income streams but any claims are assessed on the basis of your inability to do the material and substantial duties of your own occupation.

Marx says if your income stream is quite variable, Sanlam may insure you for an average of your income over one to three years.

If you have an occupation or income stream that does not qualify for income replacement, Kotze says you can get a “functional impairment” income benefit, that pays out when you are unable to perform activities of daily living such as walking, eating, dressing or you have a fracture.

If you can't get income protection, you can get cover for an ongoing benefit for impairment or for a lump sum disability benefit.

Old Mutual is very aware of the emerging “gig economy” and is exploring ways to cover those in it, including continuously reviewing the occupations that are eligible for cover, Kotze says.

We should celebrate the fact that as women, despite the odds against us, we may actually be doing better than men when it comes to managing our ...
Business
1 year ago

If anything, Covid-19 has stressed importance of an emergency fund

If this lockdown has taught us anything, it’s that life is full of uncertainties, some of which can come at a cost.
Business
1 year ago
Next Article