‘Hot thinking’ in these uncertain times can ruin your finances

Fear and perceived loss may make you feel compelled to act

Behavioural scientists call thinking under stress “hot thinking” and it tends to lead us to react defensively. 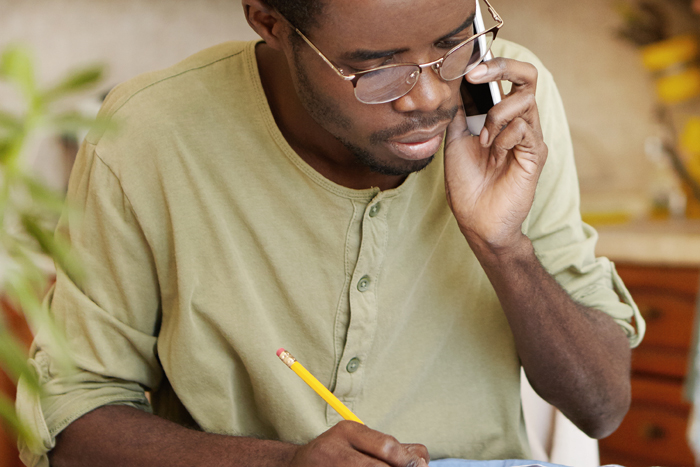 In uncertain times like these, we are prone to making some of our worst financial decisions.

But acting too quickly based on emotions can have a devastating long-term impact on your investments, she says.

This is one of the most uncertain times in living memory, but at times like these we tend to act impulsively – we follow the herd and don’t think of the consequences of our decisions, Adam Gottlich, head of behavioural science at Standard Bank Wealth, says.

Paul Nixon, head of technical marketing and behavioural finance at Momentum Investments, says when we are stressed we produce excess cortisol – that makes us far more likely to follow our gut instincts instead of thinking critically.

This has served us well as we evolved as it allowed us to make decisions very quickly, he says.

But when it comes to our investments, it puts us at risk of making decisions that sabotage our financial futures, he says.

Nixon says the price of abandoning critical thinking is that we pay a “behaviour tax” for switching investments when we shouldn’t.

After stock market shocks like the one we had in February and March, people move to safer assets and tend to get stuck there. It takes a lot to make them feel like they can move back into the markets, Nixon says.

The Statistics show that the goalkeeper has the best chance of saving a penalty kick by remaining in the middle of the goal.

Momentum analysed thousands of investment switches investors made and found on average one in four investors lost at least one percentage point of their returns by moving from one investment to another rather than sticking with their original investment choice.

This can cost you up to a fifth of your potential savings over a long period.

Turbulent financial markets make you focus on the short term when you should be focused on your longer-term investment goals, he says.

“The key to being a long-term investor is learning the art of blocking out the short-term market noise that can distract you from achieving your long-term investment goals,” Bodlani says.

She admits it is difficult to do when you see your investments going down. “The disappointment, fear and perceived loss may make you feel compelled to act. Although this is a natural reaction, it may not be the best course of action,” Bodlani says.

Gottlich says we have a natural bias that makes us want to act to make things better like a goalkeeper facing a penalty kick in a soccer match.

Statistics show that the goalkeeper has the best chance of saving a penalty kick by remaining in the middle of the goal, Gottlich says.

Despite this, most goalkeepers dive left or right rather than standing still, because moving helps them believe they can maintain some semblance of control when the odds of a goal are against them, he says.

They also know fans will judge them harshly if they do nothing and the kick results in a goal – we value action over inaction, Gottlich says.

Like the goalkeeper, when we are faced with uncertainty and forces beyond our control, we want to take psychological control by doing something, he says.

But we tend to overreact to good and bad news and overestimate our ability to predict future events, which leads to poor investment decisions, he says.

Despite our bias towards action, we need to understand that we can make a thoughtful decision to do nothing. Markets recover as they did after the dotcom bubble burst in the early 2000s and the subprime mortgage crisis in 2008, Gottlich says.

If your financial portfolio was structured around your long-term goals, a change in the markets shouldn’t influence you to stray from that path, he says.

The key to being a long-term investor is learning the art of blocking out the short-term market noise that can distract you from achieving your long-term investment goals.

Bodlani says it is “hot thinking” that makes you think that because the financial markets have suffered a severe blow you should exit them and try to save some of your money.

But if you slow your thinking down, you will realise that while the global economic shutdown is extraordinary, the financial markets have not changed in ways that cannot be reversed.

You should not let yourself get trapped in the now when your plan is for the future, she says.

Other rash behaviour that is manifesting itself during this pandemic is people cancelling their insurance because they can’t see the immediate benefit, Gottlich says.

But ironically, these times of uncertainty are exactly what insurance was designed for and we underestimate that value, he says.

The UK’s Lawn Tennis Association has had a pandemic insurance policy for the last 17 years that will pay out a £114 million as Wimbledon will not be able to go ahead this year, Gottlich says.

When cancelling insurance we sometimes fail to think through the consequences - the significantly negative effect it could have on your life far outweighs the immediate benefit you get from cancelling, Gottlich says.

Investing when markets are low is like shopping for a bargain, says an investment analyst.
Business
1 year ago

Why market crash is good for long-term investors

The effect of some of your pension fund contributions being invested at lower prices after a market crash allows you to enjoy the good growth that ...
Business
1 year ago

Seven things you shouldn’t do with your money right now

While Covid-19 continues to fundamentally disrupt the world and our way of life, there are some financial mistakes we should all try to avoid.
Business
1 year ago
Next Article