Do you plan to dump Old Mutual?

Before you go cancelling your policies, read this 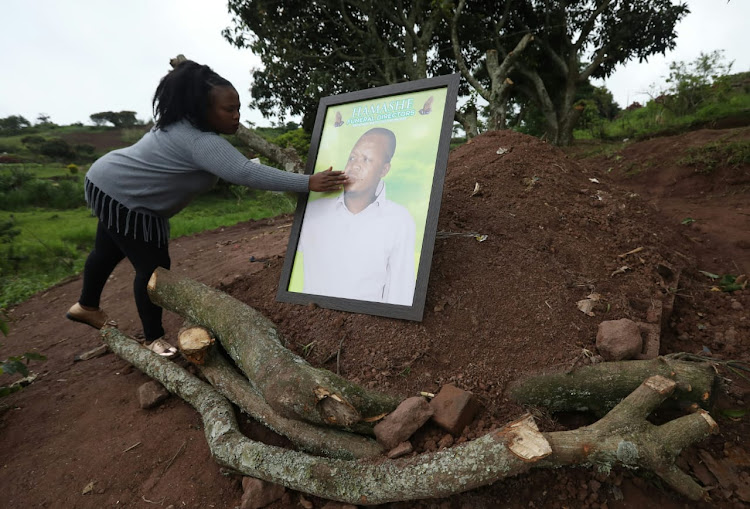 Thandaza Mtshali pays tribute to her late uncle Sifiso Mtshali. The family took his body to the KwaDukuza office of Old Mutual in frustration after the company told them there would be a delay in the insurance payout.
Image: Sandile Ndlovu

While you may fear that your own family members will have to resort to the desperate measures taken by the Mtshali family, who lugged a relative’s corpse to an Old Mutual branch in KwaZulu-Natal to get the assurer to pay out the policy benefits, think twice before you cancel your policies.

This is the warning from the Financial Sector Conduct Authority (FSCA), the regulator of financial services providers.

In light of calls on social media for the cancellation of Old Mutual policies, the FSCA says that while it understands the frustration felt by many, policyholders are urged not to cancel their policies owing to the following risks:

• There may be waiting periods attached to new funeral cover.

• If you cancel your life policy you may find it very difficult, if not impossible, to find new cover if you have developed a medical condition since you took out the policy.

• Early termination of an investment policy could attract charges, and these could also be payable on entering an alternative investment.

If you decide to replace your policy, you must first obtain a detailed comparison of the features and costs of the old and new policies, preferably from a qualified financial adviser, the regulator advises.

The FSCA says it is interrogating the facts of the Mtshali matter, and once it has concluded its assessment, appropriate action will be taken “where necessary”.

“We exist to ensure that financial customers are treated fairly by financial institutions. While we do not resolve individual complaints, we do hold accountable any licensed entity that does not treat its customers fairly,” a media statement released on Wednesday said.

Consumers who took to Twitter this week to vent their anger at Old Mutual posted the following tweets under the twitter handle #oldmutual corpse:

The ombud found wholly or partially in favour of consumers who had complained about funeral benefits in 37% of cases that were dealt last year.

According to an industry source who did not want to be named, owing to the urgent need for a funeral benefit, consumers are quick to lodge their complaints to the ombud’s office. In many cases, the insurer is still investigating the claim when the complaint gets lodged with the ombud’s office.

“Also, a lot of funeral policies are sold directly to people over the phone or at Pep stores, whereas other policies are sold through an intermediary, who would typically be the client’s first port of call in the event of a rejected claim.”

In other words, when consumers don’t have an adviser to explain to them the policy or procedures to follow when claiming, they go directly to the ombud’s office.

Most complaints to the ombud are about claims declined and a lot relate to death during the waiting period, and policies that have lapsed.