Once you're in, you can't just exit - there are only two ways out of debt counselling

Debt counselling – also known as debt review –  is a legal process and being in it has consequences. 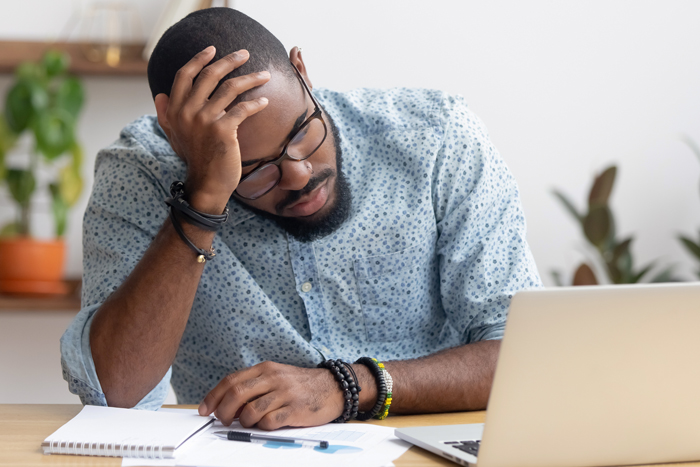 Once you apply for debt review, you can’t take any more credit. Picture: 123RF/ALEKSANDR DAVYDOV

1. A company can’t give you debt counselling

Debt counselling is prescribed in terms of the National Credit Act (NCA), which says that only a natural person may be a debt counsellor.

Some big debt counselling firms solicit business by cold calling consumers and offering to slash instalments to creditors by up to 60%. Applications are handled by call centre agents who are usually not registered debt counsellors.

The National Credit Regulator (NCR) has cancelled the registration of debt counsellors who have delegated their work to call centre agents or people who are not registered debt counsellors.

Two years ago, the regulator said in a circular it was “considering the legalities of the call centre business model used by debt counsellors”.

Clients of big debt counselling companies have complained that they have never spoken to nor met the debt counsellor whose name is on their court papers, and that every time they called the company, they dealt with someone different.

No two consumers are identical. A debt counsellor should consider your unique financial obligations and your relationship should be personal and based on trust.

When you apply to a debt counsellor to be declared over-indebted, he/she immediately sends a notice to your creditors and all credit bureaus, informing them that you’ve applied for debt review. This is a legal procedure and your application is then noted on your credit report.

The effect of this is that you can’t take on any more credit other than a consolidation loan until the debt counsellor has rejected your application or a magistrate has found that you’re not over-indebted.

“When you apply for debt review, you sign a declaration, acknowledging that you understand your credit report will reflect you’ve applied and that you can’t take on more credit. This is for your protection and that of your creditors, who run the risk of lending to someone who is over-indebted,” says debt counsellor Michelle Barnardt.

In a recent case heard by the full bench of the Gauteng Division of the High Court, the Law Society of SA argued that to list a consumer who has merely applied to be declared over-indebted is premature. Should their circumstances change, it’s difficult for them to clear their credit reports.

3. You need a court order

A debt counsellor has a “statutory obligation” to refer his or her recommendation to a magistrate’s court, according to a declaratory judgment by Judge Barend du Plessis issued a decade ago. And magistrates have a duty to interrogate proposals made by debt counsellors and not merely rubber stamp them, according to recent case law.

The court order confirms that your instalments have been reduced and the repayment term has been extended. It is to protect both you and the credit providers and ensures transparency in what you owe, how it is to be paid back and when debt review ends.

4. Watch out for consent orders

Some debt counsellors send their proposals to the National Consumer Tribunal (NCT) to be issued as consent orders.

The Act says that if a debt counsellor finds that you’re “not” over-indebted, but are experiencing or likely to experience financial difficulty, they may recommend that you come to an arrangement with your creditors, and the NCT can confirm the agreement as a consent order without hearing evidence.

But if there is not consent between you and all your creditors, your matter must be referred to a Magistrate’s Court. Note that this applies to consumers who are not over-indebted.

Some consumers have successfully applied for the rescission of consent orders issued by the NCT on the basis that their debt counsellor found them to be “not over-indebted” when they were.

It doesn’t matter if you get to a point where you can revert to paying the original instalment. Your debts have been rearranged and you’ve benefited from this – at the expense of your creditors. You can’t merely pull out.

Debt counselling has both pros and cons

There is no shame in seeking this kind of help, especially as your circumstances will always be unique.
Business
2 years ago

Beware of unsolicited calls from people offering to reduce your instalments to your creditors.
Business
3 years ago