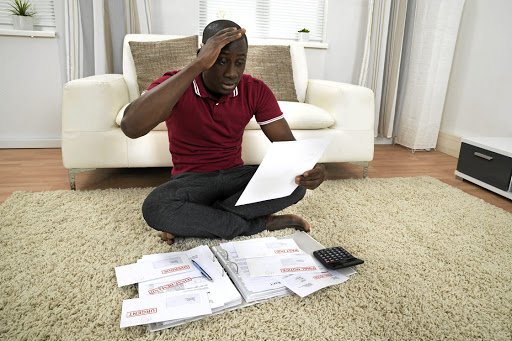 Some consumers find themselves under debt counselling even though they never applied for it.
Image: 123RF

Beware of unsolicited calls from people offering to reduce your instalments to your creditors. This is the lure used by some unscrupulous debt counsellors to get consumers into debt counselling.

Some consumers have found themselves in debt counselling when they never opted - or consented - to go into it and are then swindled into paying "cancellation fees" in order to be released from it.

This issue was first exposed by Checkpoint, an investigative TV programme broadcast by eNCA. In February, a Checkpoint insert titled Debt Trap highlighted cases of consumers who discovered they are in debt counselling, despite never having applied for this.

One of them was Ronald Mosue, who complained to the National Credit Regulator (NCR) in August about MSA Consultants. He told Checkpoint the NCR asked him for proof that he paid MSA Consultants to take him out of debt review but had, seven months later, not heard back from the regulator.

Almost half, about 49.3% of the 9962 complaints received by the Ombudsman's office, were for motor vehicle claims.
Business
4 years ago

Checkpoint interviewed Peter Michaels, a legal adviser in the debt counselling department at the NCR. When asked about Mosue's case, Michaels was vague but admitted that complaints against MSA to the regulator "went back years".

Michaels claimed the regulator had "looked at" the operations of a debt counsellor identified as Asia Lamara who is alleged to have put the consumers under debt review without their knowledge.

Asked why it had taken the regulator so long to resolve Mosue's complaint, Michaels said the NCR received high volumes of complaints, not just about MSA, and it tried to resolve the complaints "as expeditiously as possible."

The NCR failed to answer questions about how many complaints of this nature it had received from consumers, how the regulator had dealt with these complaints, whether it had taken action against Lamara and its advice for consumers.

The credit ombudsman, Nicky Lala-Mohan, says his office has had complaints from consumers who have merely made enquiries about debt review and subsequently found they were under debt review.

You cannot complain to Lala-Mohan about a debt counsellor but, if you are put under debt review against your will, he offers this advice:

The credit ombudsman says if you are incorrectly listed as being in debt counselling you should also contact the NCR to ensure that the regulator's Debt Help System is updated. The Debt Help System is a programme hosted by the NCR to keep track of debt review applications. It is supposed to sync with the credit bureaus databases to ensure that consumer information hosted by them is correct.

Many couples squabble over money from time to time and in some cases, until they divorce.
Business
4 years ago

Lala-Mohan says that sometimes consumers apply to go into debt review but get cold feet after their application has been approved and then seek to withdraw from the process.

"The consumer should submit a complaint to the NCR - against the debt counsellor for prohibited conduct and possibly an offence - and the NCR is obliged to investigate."