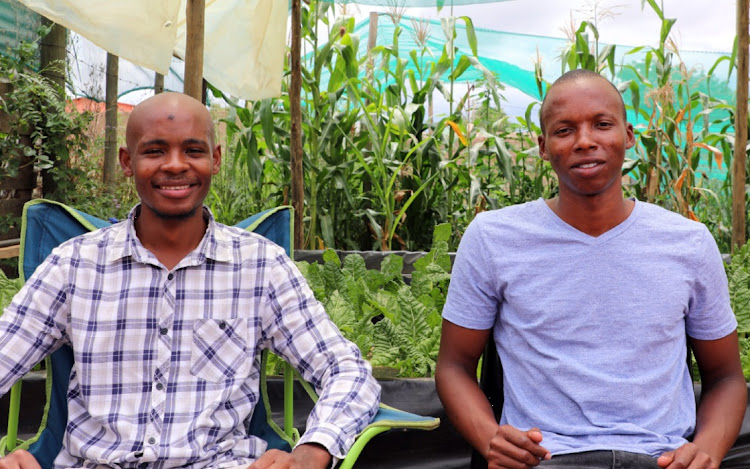 Ngwako Sekhula and Mokgalakgathe Tladi's quest to end poverty and unemployment through hydroponic farming methods earned them the number one spot in the End Poverty Innovation Challenge (Epic).

About 70 teams entered the virtual competition, initiated and hosted by the Social Ventures Foundation based in the US. The competition promotes social ventures that provide jobs for unemployed people living in poor communities.

Sekhula, 25, and Tladi, 24, the owners of VegeThentic Farm, are both graduates of Wits University where they completed their studies in 2017. The two gained theoretical and technical skills in cell biology, biochemistry, biotechnology, microbiology and plant pathology.

They took home a R15,000 cash prize and secured mentorship from the Entrepreneurs Futures Network, and were adopted by the Social Ventures Foundation.

“We could not believe it when we were announced as the winners. We used the prize money to buy a commercial establishment, which we hope will be able to create more job opportunities. We are excited about the mentorship and we are looking forward to gaining more knowledge,” Tladi said.

Ploughing her way out of poverty

When Bulelwa Makonxa (28) could not find a job after graduating from an agricultural college, she started her own farm to create a job for herself ...
SebenzaLIVE
8 months ago

Sekhula said hydroponic farming is the growing of plants in a water-based environment without soil.

“At VegeThentic, we understand the importance of saving water and maximising available land for a better future of food production. That is why we stick only to farming methods that use less of these resources while producing more food. We use 80% less water as compared to traditional agriculture,” he said.

He said that it was humbling to see the multitudes of young people who are conscious about their environment and showing the understanding that it needs saving.

Their VegeThentic Farm is under the supervision and mentorship of the Rural Development and Innovation Hub (RDIH) at the University of Limpopo through its farmer study group.

According to Cuzette du Plessis, research innovation and community liaison officer at RDIH, the farmer study group was initiated to support small-scale farmers with knowledge and expertise.