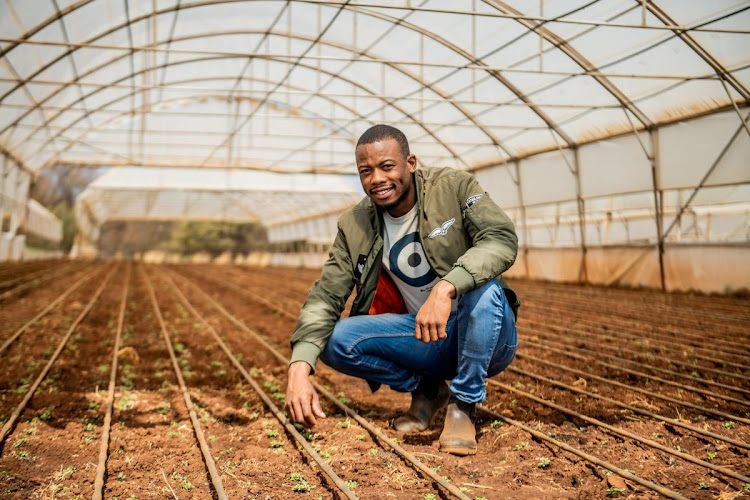 Khutso Njenga (27) only started farming in 2018, when he joined his uncle’s business TechFarma. But just over a year later, the passionate young farmer is already a finalist in the South African Breweries (SAB) Urban Agriculture programme.

Njenga, from Soshanguve in Tshwane, runs a 24-hectare farm where he and his team grow cucumbers, peppers and tomatoes in greenhouse tunnels. He said when he decided to join his uncle in the world of farming, he immediately fell in love.

Recently, Njenga and his team harvest 3 750 cucumbers and deliver them to the Fresh Produce Market in Tshwane.

“I became a farmer to create jobs for others and to make sure people have access to fresh, nutritious and affordable vegetables,” Njenga said.

Njenga’s passion paid off when he was announced as one of the nine finalists of the SAB Urban Agriculture programme. The initiative is part of SAB’s flagship youth entrepreneurship programme SAB Kickstart, which invests in youth businesses.

Njenga and the other finalists first went through a ‘boot camp’ which provided skills training, fieldwork and site visits, led by experts in agriculture. The finalists will also complete a 15-month business development programme which provides technical and operational training, hydroponic infrastructure investment, mentorship and access to markets.

“I am extremely thankful for this wonderful opportunity. It is not every farmer who gets to be given such valuable assistance,” said Njenga.

“As an organisation that is embedded in agriculture, our intention is to attract young people to the sector by alleviating the high barriers to entry such as technical and operational resources.”

If you are an emerging farmer or entrepreneur looking for business support, call SAB Entrepreneurship toll free on 0800 611 095.

The Ndlovu Family Farm Cooperative in Hekpoort, Mogale City, is one of several sites to benefit from fish farming and mealworm breeding.
SebenzaLIVE
2 years ago

Owner of Matsino Farm, Thandi Mokoena (51), has made the most of the 700 hectare farm she received from the Department of Rural Development and Land ...
SebenzaLIVE
2 years ago
Next Article