Clicks warns of tough times due to lockdown 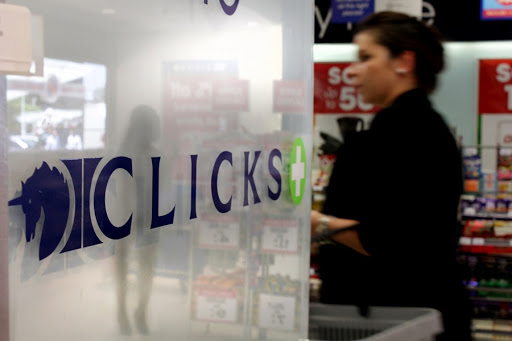 Clicks said the economic impact of the pandemic could be compounded by power cuts when South African businesses re-open
Image: KEARA EDWARDS

Retail pharmacy company Clicks suspended its interim dividend and warned trading would be tough for the rest of its financial year due to the coronavirus crisis, despite a better-than-expected rise in first-half earnings.

Clicks said the economic impact of the pandemic could be compounded by power cuts when South African businesses re-open, which remains a risk to retail sales, particularly in the higher-demand winter season.

President Cyril Ramaphosa imposed a lockdown on March 26, banning anyone but essential workers from leaving home except to buy food or medicine, when South Africa had just 400 cases.

Clicks said on Thursday it had seen unprecedented levels of demand across stores nationally, particularly for hygiene and healthcare products, after Ramaphosa's declaration of the state of disaster and announcement of the lockdown.

There have been hundreds of cases of unfair price increases during the national lockdown, with some essential items seeing sudden increases amounting ...
News
2 years ago

'We don't know if we are killing patients'

The numbers of healthcare workers who have tested positive for Covid-19 are on the rise in SA.
News
2 years ago

However, sales have fallen away during the lockdown as Clicks was restricted to shorter trading hours and limited to only selling essential products, adding that online sales had risen during the clampdown.

Clicks stores visited by Reuters had a number of empty shelves with "out of stock" stickers, where vitamin C, immune boosters, gloves and disinfectants would normally be.

Turnover at its United Pharmaceutical Distributors (UPD) business grew by 31.2% in the seven weeks ended April 19 due to customers preparing for the coronavirus outbreak and

Clicks said UPD was "well positioned in terms of its scale and logistics capabilities to support all healthcare facilities with medicine requirements".

The firm said that it would not pay an interim dividend in order to preserve cash, but added it would consider an annual payout at the end of the financial year.

It said it has a "robust" balance sheet, is generating strong cash flow and that plans to open 38 new Clicks stores and 40 pharmacies in the financial year were unchanged.

In their words: Our heroes on the Covid-19 front line

Today we pay tribute to all our health care workers on the front line as the world battles to come to grips with this horrid Covid-19 virus.
News
2 years ago

WATCH | Dealing with the dead: the female undertakers of Harlem

On the front lines of the coronavirus pandemic, nurses and doctors are caring for the living. But there is another front line of those who must care ...
News
2 years ago

However, a fall in the value of the rand, which is 35% weaker against the dollar year-to date, could have an impact on selling price inflation towards the end of the financial year and put further pressure on consumers.

Chief Financial Officer Michael Fleming told analysts in a webcast that Clicks is negotiating with its landlords where the company was seeing a decrease in turnover, adding that it had paid for its leases in April.

"We've also requested relief for the brands that haven't traded," he said of Musica, which sells music and gaming consoles, The Body shop and jewellery and accessories retailer Claire's, which have not been operating during lockdown.

The government has published regulations that allow landlords and retail tenants to negotiate lower rent or rent holidays for retailers and restaurant operators.

Clicks said diluted headline earnings per share (HEPS), the main profit measure in South Africa, for the six months ended Feb. 29 rose to 338 cents from a restated 295.9 cents in the comparable prior period, beating forecasts of an 11.3% rise.