Denel is going after bosses to get back 'misspent' money 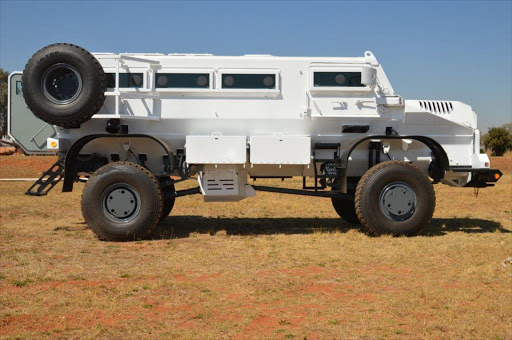 Denel will be taking legal action against former executives for alleged fraud
Image: Supplied by the Denel Group

Denel says it is pursuing civil and criminal action against former executives following several forensic investigations into alleged fraud and misappropriation of money.

Danie du Toit‚ the group CEO‚ said in a statement he has already received several reports concerning improper transactions‚ irregular appointments and potential fraud‚ while other investigations are in advanced stages.

The investigation reports were referred to independent legal firms to review the evidence and to help Denel with the implementation of the recommendations.

“We started with thorough investigations more than six months ago‚ shortly after the appointment of the new Denel board‚” he said.

Flowing from the reports on the investigations‚ Denel said‚ it had already taken a number of corrective steps‚ including:

An application for the business rescue of South African Airways will be brought by Solidarity, as part of a tax protest campaign it is launching.
News
3 years ago

Civil action against some former Denel executives to recover monies lost through the irregular awarding of pilot bursaries; A statement will soon be submitted to the police to lay complaints against former executives identified in the forensic reports; An application will soon be launched in the high court to review the contracts concluded between Denel and VR Laser; Disciplinary action will be taken against Denel employees implicated in the reports‚ pending legal recommendations; and Civil claims will be instituted against former Denel executives to recover losses "once the quantum of the losses has been determined". In addition‚ Denel noted that President Cyril Ramaphosa has already published a proclamation to enable the Special Investigative Unit to conduct probes into alleged maladministration and unlawful appropriation of expenditure. “It is highly likely that this will be followed by civil actions to recover the money.”

The company was commenting after trade union Solidarity said it will this week serve urgent court papers on the struggling arms manufacturer to force it to pay outstanding unemployment insurance and tax contributions.

Solidarity said it has also started a process in terms of section 165 of the Companies Act to have alleged mismanagement and corruption perpetrated by former Denel directors investigated‚ with a view to their possible prosecution.

On Wednesday‚ Du Toit said the company is aware of the contents of a dossier on alleged corruption compiled by Solidarity and of the union’s intention to institute legal steps to investigate the issues.

Government will dish out billions of rands in bailouts to help keep ailing state-owned enterprises afloat.
News
3 years ago

“It is completely untrue to allege that Denel has not taken actions to investigate transgressions and recover the money‚” said Du Toit‚ adding that Solidarity has been kept in the loop on the investigations‚ along with other stakeholders.

“We are in an advanced stage of investigations and there is no need to compel us to act through court actions.”

Du Toit said Denel employees‚ unions and other stakeholders are also kept informed about the financial position of the company and the liquidity issues‚ which had an impact on Denel’s ability to pay salaries on time for the past two months.

“We are encouraged by the positive sentiments towards Denel expressed by government and looking forward to possible decisions on the recapitalisation of the company.

“Denel remains a valuable national asset and still has the potential to play a vital role in the country’s economic future and its transition towards the 4th industrial revolution‚” said Du Toit.