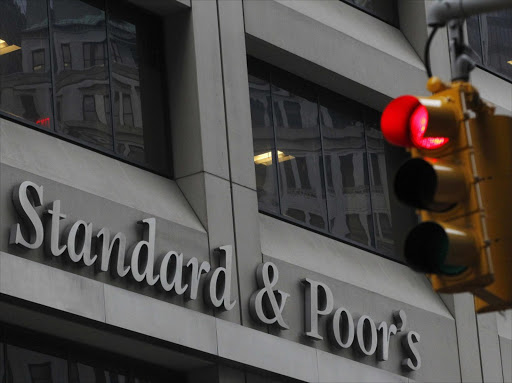 South Africa’s economy has barely grown in the past decade with fiscal missteps and government corruption contributing to weak business and consumer confidence.
Image: REUTERS/BRENDAN MCDERMID

South Africa’s economy has barely grown in the past decade with fiscal missteps and government corruption contributing to weak business and consumer confidence.
Investor sentiment has picked up after President Cyril Ramaphosa pledged to clean up the corruption and misgovernance that critics say bedeviled the administration of his predecessor Jacob Zuma, who was forced from office in February by the ANC.

S&P said the stable outlook reflected its view that South Africa’s economic growth would pick up modestly over the next year as the government pursues economic and social reforms, but warned government debt would remain above 50% of GDP.

The Treasury said restoring the country’s investment grade credit rating remained a top priority and that the government would engage S&P on their concerns.

Ramaphosa has pledged that his government would reform state companies that have plunged public finances into crisis in recent years, including heavily indebted power utility Eskom and South African Airways.

S&P said the political transition as well as policy proposals could support South Africa’s firmer economic growth and stabilising of public finances over the medium term.

Ramaphosa sets up inquiry into the affairs of the taxman

Ramaphosa made the announcement in the National Assembly on Wednesday during the 2018/2019 Presidency budget vote.
News
3 years ago

Mantashe admits to corruption in his department

Mineral Resources Minister Gwede Mantashe has admitted to corruption in his department‚ especially pertaining to the administering of mining licences.
News
3 years ago
Next Article