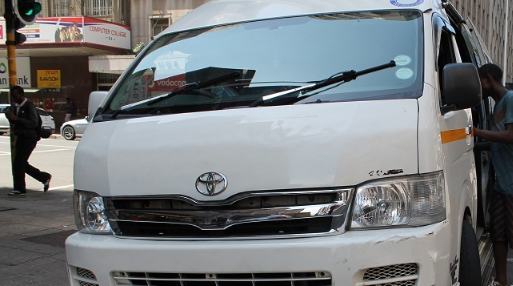 Private taxis previously banned by the Tsakane taxi owners from operating on the route‚ which runs from Brakpan to Langaville to Tsakane and Geluksdal.
Image: File photo

Business is “booming” for private taxis after the Gauteng Department of Transport shut down the minibus taxi rank in Tsakane‚ east of Johannesburg.

The suspension followed deadly violence‚ allegedly caused by infighting in the taxi industry‚ earlier this week. The Tsakane taxi rank is empty and police are monitoring the situation.

Private taxis (“isdlebezana” taxis) were previously banned by the Tsakane taxi owners from operating on the route‚ which runs from Brakpan to Langaville to Tsakane and Geluksdal.

Although some passengers prefer these small taxis‚ because they fill up faster‚ it was hardly possible to take one to Tsakane or to any areas nearby. In the past‚ private taxi drivers who were caught taking passengers might be detained‚ beaten up or forced to pay a “fine”‚ according to some isdlebezana taxi drivers.

The Tsakane route is busy because of Pholosong Hospital‚ visited by people not only from Tsakane but also KwaThema and also people referred there by local clinics. Some people would hire a private taxi to go to hospital only to be turned back by route guards hired by the Tsakane taxis. Then they would have the inconvenience of waiting for the hospital taxi to fill up‚ which normally took time after 8am.

He said he used to charge R7 per person from KwaThema to Tsakane and Brakpan; now he is charging R10 to R15 per person.

Private taxi driver Pungiro Nkambule said Tsakane taxi owners were threatening them‚ but many people in Tsakane were stranded and in need of transport. “The police and metro police gave us the go ahead to work on the Tsakane route … They promised to protect us‚” said Nkambule.

Bukwa Hinja‚ who is working the Pholosong Hospital route‚ said suspended Tsakane taxi operators had asked them for “cold drink money” and threatened to remove them if they did not cough up.

But some taxi drivers remain wary. Bongani Skosana said he was once detained and whipped when he took passengers to Langaville‚ near Tsakane. His money was taken and he had to wait for his employer to pay a R1‚500 “fine” before he was released. Other drivers reported similar incidents.

Taxi rank marshals at Tsakane say they are also suffering since the closure. “Big Tsakane operators pay us R20 for helping them load one taxi. I make up to R300 a day. But now‚ with the isidlebezana we are making nothing‚” said Sofiso Shabalala. He also used to make money selling snacks‚ cigarettes and airtime to Tsakane taxi drivers.

Some members of the public said despite the current shortage of transport‚ life was more peaceful without the minibus taxis.

GroundUp could not reach the Tsakane Taxi Association for comment.