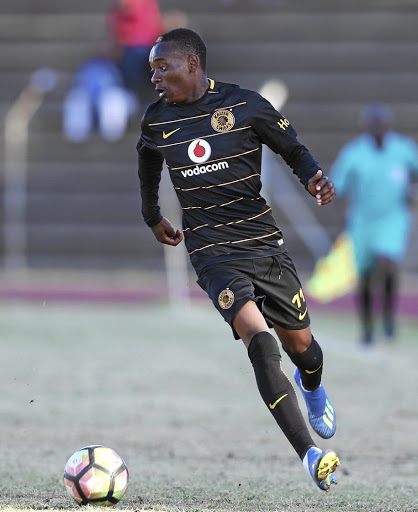 Except for the reported big deal he clinched with Kaizer Chiefs, Khama Billiat has described how the club won his heart.

Coming as another first for the Zimbabwean forward, his annual take-home salary is said to be in the region of R10-million, which makes him the highest earner in the PSL.

Billiat, however, has explained that the fact that Chiefs football manager Bobby Motaung took his time to visit his parents Mustafa and Rosa in Zimbabwe, was enough for him to put pen to paper.

"Firstly, I wanna thank God. I wanna thank the chairman of Kaizer Chiefs, the board and everyone for considering me," Billiat said this week.

"I considered a lot of things, my family and everyone. Kaizer Chiefs have been top of everyone showing love and interest in me. I respect that and I had no choice but to come here.

New Chiefs star Billiat has nothing to prove against Sundowns

Kaizer Chiefs attacker Khama Billiat has played down his meeting with former club Mamelodi Sundowns in the Shell Helix Ultra Cup at FNB Stadium on ...
Sport
3 years ago

"I really respect that and my family supported that - they felt respected and that's what I need for my family to be happy. I was so happy about it."

Billiat spent five successful years with the Brazilians and won the 2016 CAF Champions League with the Tshwane side.

He was then spoilt for choice after turning down a new deal and despite interest from overseas, he still opted to join forces with Amakhosi, who snapped him up as a free agent.

Anele Ngcongca has been licking his lips at the prospect of facing his former star teammate Khama Billiat.
Sport
3 years ago
Next Article