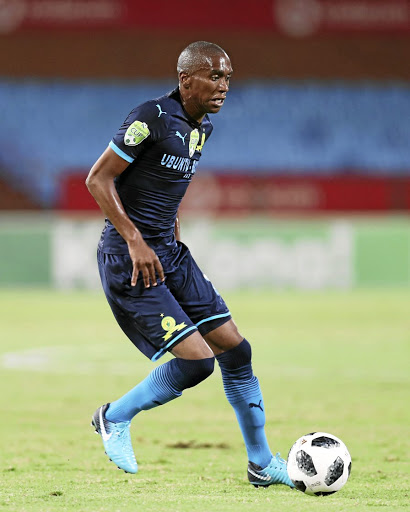 Mamelodi Sundowns defender Anele Ngcongca has been licking his lips at the prospect of facing his former star teammate Khama Billiat for the first time since his departure.

Sundowns will take on Kaizer Chiefs in the Helix Cup at the FNB Stadium tomorrow (3pm). Billiat is set to play against his former employers after his exit from Chloorkop last month when his contract expired.

"Any team we play we have a mentality to win, but it's a game where we will play against former teammates like Khama and Leonardo Castro [that raises the anticipation]," Ngcongca said.

"It's going to be a nice game for both teams, but as Sundowns we always play to win."

The defending Absa Premiership champions will use the match to sharpen their attack for the CAF Champions League.

Sundowns have struggled to impose themselves in the continental competition as they currently lie bottom of Group C after losing 1-0 to AS Togo-Port in midweek.

They now have two points after a defeat and two draws. "We let ourselves down for not winning, as you know in football if you don't take your chances you will get punished," said Ngcongca.

"The group is still open and we have three games left. It's important one that we bounce back after a loss. It will test our character."

Coach Pitso Mosimane is still working on integrating new signings Andile Jali, Toni Silva and Jose Ali Meza into the team. Ngcongca feels the match against Chiefs will give the new recruits a chance to show their quality.

"It's a good opportunity for our new players as well to perform for the supporters," he added.

"If you are signed by Sundowns then it means a player has quality. I think they will add value to the team and will also make competition for places nice and healthy."