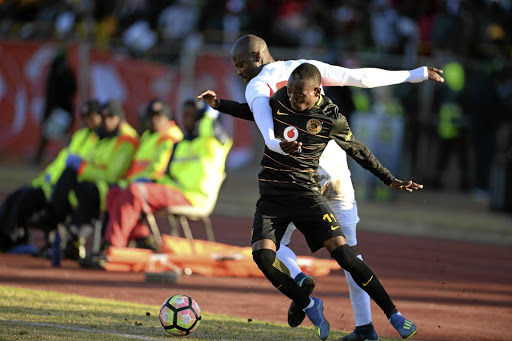 Mamelodi Sundowns can expect a different Kaizer Chiefs side compared to last season when the two sides clash at the FNB Stadium tomorrow [3pm].

Amakhosi will meet the Brazilians in a pre-season match to compete for the inaugural Shell Helix Cup.

Not much has changed in terms of Chiefs' playing personnel, only a few signings, including Khama Billiat who was in Sundowns' books in the past season.

Chiefs, however, have a different man in charge in the Italian, Giovanni Solinas, who replaces Steve Komphela.

As much as Solinas will not be on the bench because he's still waiting for a work permit, he's been in charge of training sessions and working around what formation would best suit his charges.

Under Komphela, Chiefs played what he maintained was a 3-5-2 formation with two wing backs, but Solinas has been trying a 4-4-2 combination. "It's a new challenge for us as players," Ngezana said this week during Chiefs' visit to his former school, Altmont Secondary in Soweto.

Chiefs were giving back to the school in honour of former president Nelson Mandela.

"I think [Solinas] prefers a
4-4-2 [with two centre-backs] and sometimes he changes to a 4-5-1, so I don't know which formation we're going to start with against Sundowns," said the 20-year-old.

"I'm okay with the formation of the coach. It's not the first time I play that, because I used to do that when I was in the development [team]."

Ngezana is also at home at right-back. That could enhance his chances for a starting berth, but the regular in that position Ramahlwe Mphahlele would be hoping to face his former side.

But all eyes will be on Chiefs' new number 11, Billiat, to see what he can offer against his former employers. Billiat is arguably the club's best signing in years and a lot would be expected from him.

Fresh from a defeat in the Champions League in Togo, Sundowns could also use the match to try out their new signings, including Jose Meza and Toni Silva.