Knives out for public protector 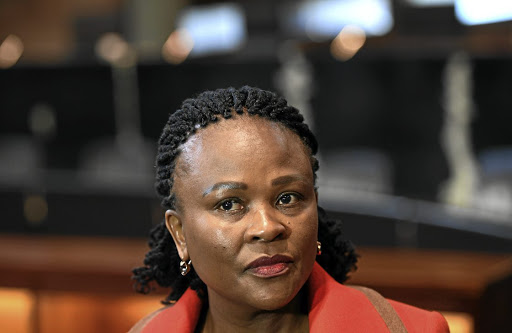 Knives are already out for public protector Busisiwe Mkhwebane in parliament after yet another crushing court defeat this week.

ANC MPs aligned to President Cyril Ramaphosa were preparing to push for Mkhwebane's ouster should the portfolio committee on justice and correctional services decide to institute an inquiry into her fitness to hold office.

Mkhwebane has come under fire following adverse court findings against her in matters involving public enterprises minister Pravin Gordhan and the president.

On Thursday, the high court in Pretoria ruled against Mkhwebane's bid to force Ramaphosa to discipline Gordhan over what she found to be irregular payment of an early retirement pension for former SA Revenue Services deputy commissioner Ivan Pillay.

On Friday, Mkhwebane insisted that Ramaphosa had "an indispensable constitutional obligation to not only support but to also protect the independence, dignity and integrity of the office of the public protector".

"His decision in this matter to refuse and/or his failure to implement the public protector's remedial action does not only undermine public confidence in the office of the public protector but, at its barest minimum, constitutes a breach of his constitutional obligations," her spokesperson Oupa Segalwe said.

The appropriate course of action by Ramaphosa should have been to write to Gordhan informing him of his intention to take disciplinary action against him in line with Mkhwebane's remedial action, Segalwe said.

Next month, the justice and correctional services portfolio committee will discuss whether or not to institute an inquiry into Mkhwebane's fitness to hold office. Some ANC MPs are baying for her blood. Meanwhile, Ramaphosa approached the high court in Pretoria on Friday to have certain bank statements in Mkhwebane's Bosasa report sealed.