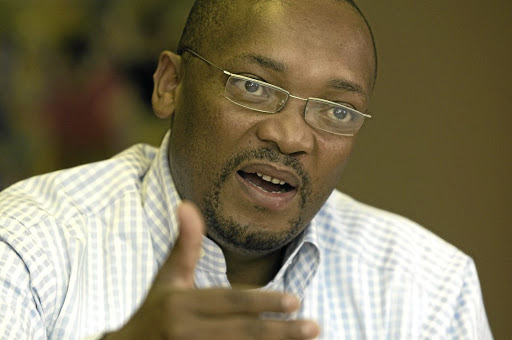 The city of Tshwane and its executive mayor, Steven Mokgalapa, are in a pickle over who must pay R2.4m in legal fees incurred when city manager Dr Moeketsi Mosola interdicted the city from releasing a damning report.

To add insult to injury, the ANC in Tshwane has written a letter through its lawyers, Makhubela Attorneys, demanding answers on the city's decision to extend Mosola's special leave to August 31 while the council had resolved that a separation agreement be entered into with Mosola to end their disastrous relationship by July 31.

Tshwane spokesperson Omogolo Taunyane confirmed to Sunday World that the city had extended Mosola's special leave to August 31 to allow him time to finalise the separation agreement with the city.

According to internal documents seen by Sunday World, the city manager had been on sick leave from June 14 until July 31.

The ANC in Tshwane said the mayor's handling of Mosola's exit was a clear indication that "lies and deception are part of the DA's fibre".

It said Mosola had been on sick leave and there was no record that he had been on special leave as claimed by the city.

This drama comes after the Tshwane council resolved on June 21 to enter into a separation agreement with Mosola and that he be remunerated for the remainder of his contract.

However, Sunday World understands the discussions between the two parties hit a snag after it emerged that the city discovered it had paid R2.4m towards Mosola's legal fees in his battles to block the release of a report by law firm Bowmans that had allegedly implicated him in wrongdoing in the appointment of GladAfrica on a R12bn contract.

The South African Municipal Workers' Union (Samwu), Independent Municipal and Allied Trade Union (Imatu) and the City of Tshwane have reached a ...
News
3 years ago

Upon this discovery, the city obtained legal opinion which found that the payment was illegal and it recommended Mosola pay back the money.

Taunyane confirmed last week the city was locked in discussions with Mosola over the R2.4m paid for his legal fees.

Officials close to the matter claimed that Mosola was refusing to pay back the money, while the city was insisting the money should be deducted from his "R8m" exit package.

The ANC accused the municipality of undermining the council resolutions that instructed the mayor to appoint city COO James Murphy as acting city manager.

The lawyers said the decision to extend Mosola's leave constituted a blatant disregard for council resolutions and the law, and promised to take legal action if the special leave was not withdrawn.

Mosola referred all enquiries to the office of the mayor.

Taunyane said: "We have received the said letter. The council resolution authorised EM [the executive mayor] to finalise the separation agreement. The special leave granted to the CM [city manager] was in the interest of ensuring the finalisation process. We honoured the CM's request having acknowledged that he wasn't dishonouring the intention to finalise the process."

The capital city is on fire, but its mayor is in China, and won’t be cutting his trip short.
News
3 years ago
Next Article