Kabza played me for a fool: record label boss 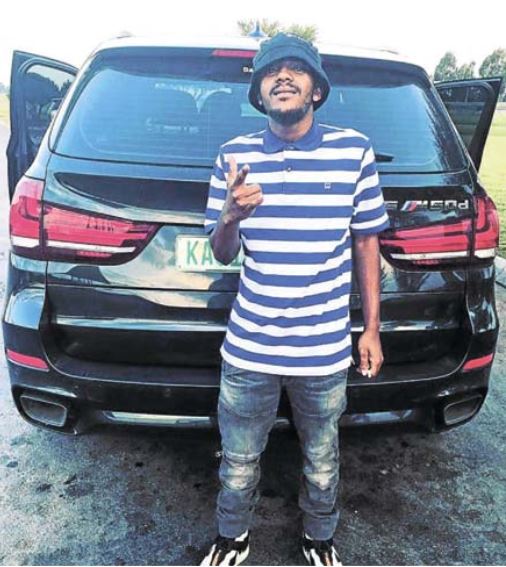 Kabza De Small is being accused of breach of contract by his recordlabel boss.

Amapiano sensation Kabza De Small is being accused by his record company boss and football agent Josiah Mphono of playing him like a piano.

Kabza released his first album, Avenue Sounds, under Mphono's record label in 2016, which was distributed by House Afrika.

"I borrowed money from people to pay for the album sleeve and other things because at the time all record companies were reluctant to invest in the amapiano genre.

"We shared the proceeds of the sale of the album equally even though as a record company, I was supposed to take more money," Mphono said:

He said Kabza was supposed to have released his sophomore album in 2017 under his label, but instead he was releasing singles elsewhere.

Mphono said Kabza allegedly breached his contract when he released the hit ditties Umshove and Shaya Amabele among others with various record labels last year without Best By Far Entertainment's permission.

"I organised a meeting where he admitted to his mistakes and made a commitment to release his next album with us and I believed him," said Mphono.

But to his chagrin, said Mphono, Kabza allegedly breached his contract for the second time when he produced and released an EP with DJ Maphorisa this year.

"On or about April 26 this year I learnt that Kabza De Small produced songs that were supposed to be released under Maphorisa's stable, Blaqboy Music, and tried to release them through Platoon and iTunes. I wrote to these platforms and asked them not to release the songs and gave them reasons and they agreed not to," he said.

Mphono, who was also a well-known impresario, said he wrote to Nisa's Graeme Gilfillan, a copyright expert, to help him deal with the issue.

"I tried to speak to DJ Mphorisa in a bid to resolve this matter but he threatened to deal with me on the streets."

Gilfillan confirmed that he was approached, but said he advised Mphono to take legal action. Maphorisa promised to revert with his side of the story but had not done so at the time of going to press. Kabza's phone rang unanswered and he did not respond to text messages.

'Baby Are You Coming' hit in plagiarism furore

"Yebo!" is at the centre of a huge plagiarism scandal that is brewing over amapiano dance hit Baby Are You Coming.
Entertainment
2 years ago
Next Article