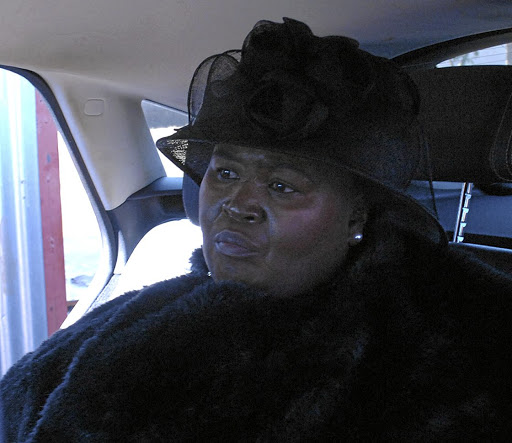 Actress Nomathemba Matu-Sebotsa, below, renowned for her role as the hilarious and loveable housemaid, Petronella, bids farewell to her husband Peter Sebotsa in Thokoza yesterday.
Image: Ziphozonke Lushaba

The community of Thokoza on the East Rand bade farewell to a real-life superhero this weekend when it laid to rest TV darling Nomathemba Matu-Sebotsa's husband, Napho Peter Sebotsa.

Matu-Sebotsa, who is known for her TV roles such as Petronella on Mzansi Magic's The Queen and Sis Bee on e.tv soapie Rhythm City, made the gruesome discovery of her husband floating in the pool.

At the funeral service yesterday Matu-Sebotsa, 53, masked her pain by singing hymns her husband loved.

Hundreds of close family, friends and industry colleagues of Matu-Sebotsa gathered at the St Stephen's Martyr Anglican Church in Thokoza, where her 73-year-old husband was a lay minister.

Described as having a vibe at all times, the Sebotsa family did not shy away from sharing a laugh or two as they remembered their loved one.

"I am aware that it is unheard of that the makoti speaks at a funeral but I had to tell you about the man I lived with for over 30-odd years," she said. 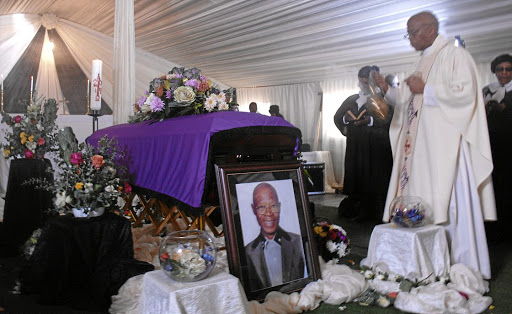 She had asked permission from her in-laws to bid her hubby farewell.

The bubbly actress said she had met Sebotsa in church when she was 18.

"He was the first person who greeted me when I first went to church," she said. "I honestly did not know this man's age until the day he died. I loved him too much to care about such things. But I knew he was older than me and I respected him."

She told mourners that she had prayed for a loving man like Sebotsa and God had answered her prayers. The thespian shared moments of love and laughter with her beloved hubby, whom she said had never given her the runaround.

According to her, she and her husband started dating in 1983 and later married. They had two children, a son, Unathi and daughter Mamosa.

Father Jo-Mangaliso Mdhlela said Sebotsa had been "a gifted preacher" and that the couple were "a match made in heaven".

Sebotsa was laid to rest at the Kromvlei Cemetery in Alberton.