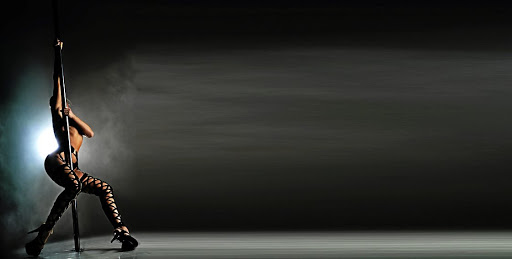 A Joburg stripper thought she got her gig of a lifetime when she was booked for a bachelor's party out of town.

But, it turned into a nightmare after Jade was almost killed by the father of the groom when he realised the woman who was supposed to entertain them was black.

Jade, who asked for her real name to be withheld, alleges that a bevy of "drunk boere" made her Saturday night hell because she was not the "Asian girl" they thought was coming to titillate them.

The incident, according to the 26-year-old professional dancer, happened in the bushes of the small farming town of Hekpoort in Magaliesburg.

The dancer said she was called by her agent to attend the party at a lodge in the area and kept in touch with the client, Devin De Beer, along the way. She said all hell broke loose when the groom's father realised she was black and she had to take cover while half naked.

"The booking came through Flames Strippers who called my agent. I was to be paid R2,700 to perform for 20 minutes. I also had to pay my taxi driver R1,400 for a return trip. It all went to sh&*t - like when this dude Devin tried to pull a prank on his people that wasn't amusing at all."

Jade said upon arrival just after 7pm, the guests looked at her "in disgust" making her feel like she was not welcome. "I asked Devin who made the booking if he knew I was a black girl? Do these people want a black stripper? He assured me it wasn't an issue," she said.

Cardi B goes nude to address red carpet 'slip up'

When Cardi B was dragged on social media for apparently showing her lady bits on the red carpet, she decided to drag everyone right back and kit off ...
Shwashwi
2 years ago

A Cape Town grandmother is suing a British strip group for £150 000 for allegedly leaving her with a permanent eye injury.
News
2 years ago

Jade said she proceeded to the bathroom to change and called the driver to bring in her boots. As she was changing into her seductive regalia, the groom's father, De Beer and four other angry men allegedly stormed into the bathroom.

"The driver heard them saying they were going to throw us out because I wasn't Asian like they requested. Devin came into the bathroom and said the groom's father wasn't happy having a black stripper.

"Then the old man followed with others and pulled out a gun screaming profanities at me in Afrikaans and that they won't betaal [pay] for k**s.

"Another man held a gun to my head. I was half naked with my bra, panties and dress in my hand. Devin was recording a video and laughing. I asked him to please refrain from recording."

She claimed one of the men told her and the driver that they would "shoot and bury us and no one will find us". Jade said she and the driver ran out the front door, with the gunmen in pursuit.

A 25-year-old male stripper had the internet in all kinds of ways on Thursday evening when he appeared on popular TV show Sofa Slahlane.
Entertainment
3 years ago

A strip club in Britain has won a battle to remain open after local authorities were told many of the dancers who work there are feminists.
News
2 years ago

"When we were in the car, they hit the windscreen with the gun and kicked it and we sped off. We heard a gun shot ring. We drove to the nearest garage trying to figure out what just happened. The driver and I hugged each other in relief knowing that we survived death," said Jade.

The driver, Tshepo Mokoena, confirmed the incident and said he feared for both their lives.

"I needed to protect her because we were the only two black people among these big tough guys.

"When they were banging the windscreen I was apologising, I don't even know for what. I managed to get away and heard the gunshot. I'm surprised I sped up that gravel road without crashing. I was so scared," said Mokoena.