Love turns sour over claim of cheating with ex-wife 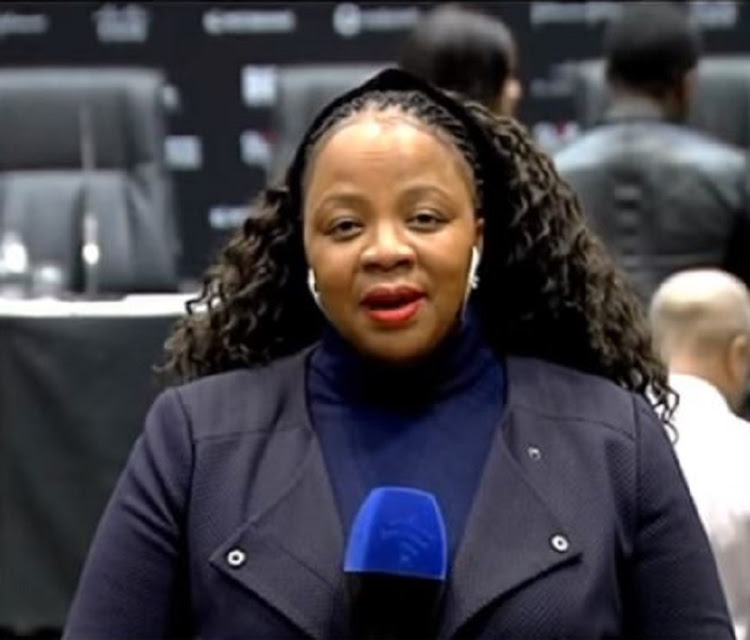 SABC TV newsreader and foreign correspondent Nthakoana Ngatane was left with numerous bruises after her boyfriend allegedly assaulted her over cheating claims.

The incident, according to Ngatane, was the last straw that broke the camel's back, leading her to walk away from what she described as a "physically and emotionally painful relationship".

The Lesotho-born news anchor opened up to Sunday World following a dramatic two weeks that culminated in her registering a case of common assault against her former live-in lover at Midrand police station last Sunday evening.

She claimed in her police statement that Steve Ntebele allegedly pushed her off a ladder while she was trying to remove curtains at his house after an argument.

According to Ngatane's affidavit seen by Sunday World, the incident happened while Ngatane was trying to pack her belongings at her boyfriend's house.

"... she fell down on her back and sustained injuries on the head and neck while on the floor. The police came and helped her. The suspect was arrested and detained at Midrand police cells," reads the police statement.

It further stated that the couple had a prior argument on February 3 during which Ntebele allegedly kicked the newsreader out of his home.

Ntebele said: "There was no assault, it was just a squabble and we parted ways."

"The suspect was arrested on the same night, and he was released on bail the next day."

Ngatane yesterday painted a picture of wanton abuse at the hands of her lover, saying most of the alleged abuse happened because of his jealousy.

She claimed that Ntebele often assaulted her in public, including at a wedding party in Mahikeng, North West, where she opened a case against him but later withdrew it because his friends had begged and advised her to do so.

Ntebele denied all allegations of abuse levelled against him yesterday.

But Ngatane said her ex-lover also verbally abused her inside the Midrand police station when she went to open the case and was waiting for cops to escort her to his house to retrieve her belongings.

"When the escort finally came after 2am, I told him that I would take what I could and collect the rest the following day, but he threw my furniture and clothes outside in the rain and said I should take everything that belonged to me. He continued to insult me, shoved and pushed me in front of the police officers.

"I requested the officers to assist me to find transportation to carry the furniture and I started collecting the rest of my belongings in the house.

"As I climbed on a ladder to take down my curtains, and in full view of one of the officers, he pulled the ladder from under me, and I fell on my head," she said.

Police sources told Sunday World that the argument between the two was sparked by Ngatane's accusations that Ntebele was cheating on her with his ex- wife.

One official said the newsreader accused her boyfriend of having a soft spot for the ex-wife, including that they spent too much time together for people who were no longer a couple. Ngatane denied the claims that she accused her ex-boyfriend of cheating with his ex-wife.

This was confirmed by Ntebele's ex-wife who cannot be named for legal reasons.

She told Sunday World that she received a call from Ntebele on Sunday evening informing her that he had been accused by his girlfriend, Ngatane, that he was cheating with her.

"He said he had a fight with Ngatane at a party because she accused him of cheating on her with me. I was shocked and I could sense that he too was angry. Then he told me that he was leaving the party and going home with an Uber," said the woman.