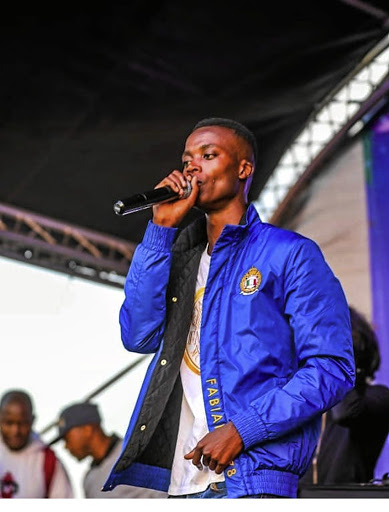 According to provisional results seen by Sunday World, Monada only secured 151,101 at the close of voting lines at midday on December 31 2018, as opposed to the previous practice where lines closed at midnight on December 30.

The list, which was yet to be audited by an independent auditing firm, showed that Master KG was leading with 24,442 votes on December 28 against King Monada's 18,359.

The list showed that Master KG turned the tables on Monada on New Year's Eve, which was the last day of voting when he garnered 60,351 more votes to reach the 160,295 mark.

The competition's founder and director Owen Ndlovu said the votes were legitimate but said they were still to be audited by an independent audit firm before being released publicly.

"I want to emphasise that no matter how popular you are, the number of followers you have, either on Twitter or other social media outlets, you have to put your fingers on the phone because your popularity and followers alone will never turn into votes unless you urge people to vote for you."

Speaking to Sunday World this week, Master KG said he was grateful for the support from his fans and those who voted for him to win.

"I just hope that next time they would make things right and make sure that the Song of the Year is played exactly at 12 midnight on all radio stations instead of 10 minutes after midnight," he said.

He said he was not surprised when he won most most votes on Thobela FM, saying that he and his label, Open Mic Productions, had channeled their energies on the Sepedi medium station.

When asked about the drama that happened at Thobela FM, he said he was not interested in "politics" but said it was unfortunate that the two DJs announced the results before the official publication.

He also confirmed the drama that happened at the SABC1's event in Sasolburg, Free State, on December 31 where he and Monada were billed to perform, saying that the confusion as to who was supposed to be on stage at midnight had created a lot of misunderstanding for fans.

"There's no bad blood between me and King Monada."

But Albert Makwela, King Monada's manager, said the events of December 31 have left him with more questions than answers about the competition.

"We need answers about what happened at Thobela FM."

SABC spokesperson Neo Momodu said: "The SABC will not comment publicly on contractual obligations and relationships with its service providers and/or partners. We can however confirm that SABC1 was not contracted to the said service provider and as a result we cannot comment on the alleged altercations at the Sasolburg festival.