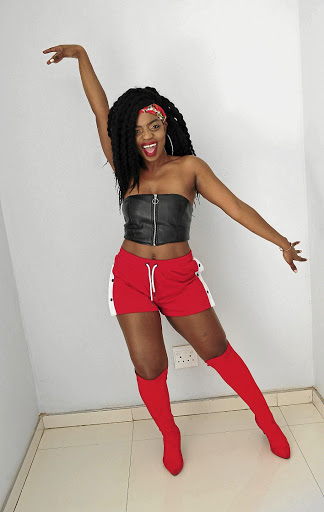 There's a new voice and name taking the house and dance scene by storm. Zanda Zakuza leads the pack as the go-to vocalist for local DJs.

She enjoyed a great ride on Club Controller with Prince Kaybee, and the accolades keep pouring in.

This month she will vie for the song of the year gong at the second DStv Mzansi Viewers Choice Awards (MVCA) for the same song.

She also features on Sanctuary Love by Donald with DJ Tira and Prince Bulo and that has thrust her even further into the house scene.

Her other smash hit, Skeleton Move with Master KG, has already earned her a best dance song of the year award at the Limpopo Music Awards earlier this year.

She remembers how she recorded the song: "They woke me up at 2am and they played me the beat and I thought it was old.

"I was moody and missed my family." And so she recorded the refrain: No matter where you go/remember the road that will lead you home that would make the song a hit.

Skeleton Move has also been nominated for the Afrimma Awards in Ghana on the same night as the MVCA. Asked which event she will choose, she says whoever offers her to perform on the night.

"This has been my breakthrough year. The year when people open doors based on your face. Girl has been working," she says.

Zakuza wants to be known for her own work, and her album Synthia (The Journey) is doing just that. It's a mellow, festive explosion of beats and influences with beautifully written lyrics. It's dedicated to her mother.

About her rich lyricism, Zakuza explains: "I wanted to change how people look at house music.

"I was a jazz vocalist who got introduced to deep house. DJs say I have too much to say," she laughs.

She offers sobering advice: "We are raising people's children with our music and we have to be careful of what we say to the next generation.

"I can't be that girl who killed house.

"I make music people can relate to. If my people can't understand, what's the point?

"My main purpose was not to sound like anyone else."

Among her producers are Dr Moruti and Mjakes. And features include Doc Shebeleza on Ngiphe who she says is a welcome curveball.

"To be endorsed by that name meant everything to me. He said 'this girl can sing and she deserves a verse from me'," she says.

Zakuza says she has switched up her sound and dreams of getting into TV, either presenting or acting, noting that winning a SA Music Award would change her life.

"Hard work will take you places. I hope people can enjoy the music." I'm happy with the reception so far."

Songs like Moonlight, Wadika, Hair To Toes, Mbizana and Udlali Kabi are set to propel her even further as a she becomes her own woman in the industry.