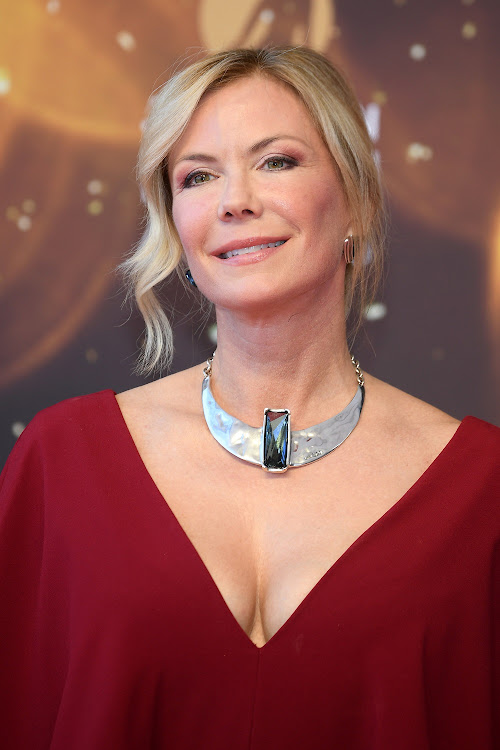 The Bold and the Beautiful actress Katherine Kelly Lang's visit to Mzansi has sparked questions around who is footing the bill of the trip‚ while Uzalo actors wait for their August salaries due to a financial crisis at the SABC.

Even though 'Brooke Logan' was welcomed into the country by a frenzy of fans‚ speculation around whose coffers the money was coming from emerged on social media on Wednesday.

The Queen actor Vuyo Ngcukana led the crusade out of concern for his fellow actors at Uzalo.

Ngcukana said if the SABC forked out for Kelly Lang's trip‚ the money could have gone a long way into paying the Uzalo cast and crew‚ who have downed tools until they're paid.

The questions were sparked after the SABC revealed that 'Brooke' would appear on SABC's Isidingo and would be meeting fans as part of an SABC3 fan tour.

However‚ SABC spokesperson Neo Momodu cleared the matter up saying the SABC did not pay or sponsor the trip. Momodu said they had piggy-backed on an arranged trip‚ therefore didn't fork out a cent.

"The SABC did not pay for‚ nor sponsor Katherine Kelly Lang’s visit to South Africa. The Bold and Beautiful and Katherine paid for the visit as part of long standing plans for Katherine to compete in the 2018 Ironman World Championship taking place in Port Elizabeth on Saturday‚ 1st September. SABC3 piggy-backed on this visit and therefore did not incur any costs."

Meanwhile‚ Momodu also told TshisaLIVE that the SABC was currently in discussions and hoped to make payments to Uzalo cast and crew shortly.

"The SABC has reported on numerous platforms that it is experiencing dire financial difficulties with the corporation unable to meet its monthly financial obligations‚ after making critical payments. Payment arrangements are being made with suppliers‚ service providers and creditors and we are proactively engaging with these stakeholders‚ including the Uzalo production team."

Quick question, who is picking up Brooke Logan’s bill for being here, I see she’s getting the royal treatment with spas and flowers but Uzalo actors are fighting for money they’ve worked for that hasn’t been paid, so who brought and paid for Brooke?