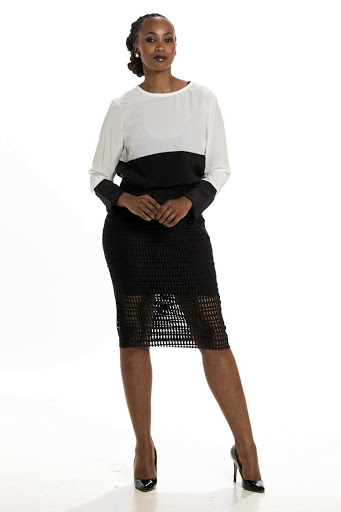 TV maven Claire Mawisa will ring in the big 40 in October and she can hardly wait. In fact, she's over the moon about what many women might find terrifying.

It's the last few days of winter, spring is knocking and we are having a candid telephone interview. Mawisa doesn't hold back as she shares nuggets about her illustrious entertainment career that spans two-and-a-half decades.

"This is more like a therapy session," she jokes as we conclude our heart-to-heart.

"In my 20s I thought turning 40 would be like the end of the world. I'm surprised that I'm looking forward to it," she says.

"The 40 that I'm experiencing is not the 40 that my mother or grandmother had. That's the beauty of being alive today; you can determine what and who you are at different stages.

"Janet Jackson can have a baby at 50, JLO looks amazing at 49 and Angela Bassett looks incredible in a bikini at 60. We are fabulous, fierce and strong."

First airing in August 1988, the M-Net programme will on Sunday take viewers on a trip down memory lane with a 90-minute special.

Although Mawisa had plenty of experience working in the entertainment industry - first as a model and then TV presenting - the show was a brand new world for her.

"It was intimidating in the beginning because even though I was in the business of telling stories, I was stepping into an institution that people had high respect and expectation for," she recalls.

"I grew up watching the show and my mom would tell us to keep quiet because Derek Watts was on TV. To know that I'm adding my piece of the puzzle to the 30-year legacy is humbling.

At home, Mawisa is a proud mother to her 13-year-old son Neo.

"It's exciting to see someone grow and become a person. It's stressful because you hope you are doing the right thing.

"It's the most epic love you will ever experience in your life. I'm a mother to a teenager; even when I'm saying it I'm shocked at myself."

When talk shifts to her romantic life, she reveals why she has been wary to discuss her past relationships in the media over the years.

"It's unfair to the other person if they are not in the public eye. I don't know if I've done it successfully but I haven't made a public statement [in years] about someone I'm seeing because it just ends badly," she says.

"Even if it's good between me and my person; some stupid article will say something to sore a good situation.

"I won't lie even after all these years in the industry; when people write new things, my heart still gets pinched. I know I need to develop a thicker skin."

In the past few years, Mawisa says, her free time has been more about chilling in-doors with a glass of wine, rather than painting the town red.

On most weekends you will find her at home binge-watching her favourite shows that currently include Luke Cage and The Good Fight.

"I think it's a safe space and I enjoy being a homemaker. I think I'm boring, but I love it."

If there are a few lessons Mawisa would teach her younger self it would be to not compare herself to others and always trust her gut.

"Sometimes you are the flavour of the month, then someone else comes along. When I was much younger it used to bother me. But I realised the industry doesn't have a long attention span and if I'm consistent with my work it will be acknowledged and add value.

"Getting attention from the industry is not what drives me. Consistency is the thing that makes you have a career that spans two-and-a-half decades."