Broke SABC to cough up R10m in legal fees 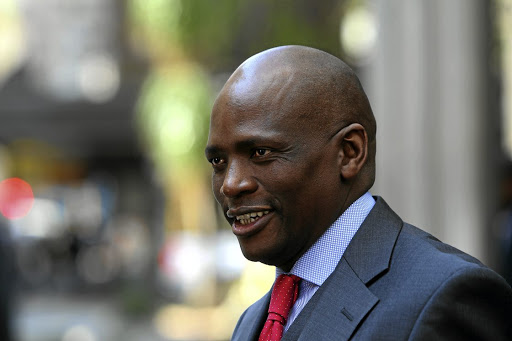 Hlaudi Motsoeneng is fighting the SABC for his reinstatement and pension fund.
Image: Sandile Ndlovu

The SABC has allegedly run up a bill of more than R10m in legal fees in just a year as it fends off litigation from multiple parties, including former COO Hlaudi Motsoeneng.

Motsoeneng and the SABC have been playing legal cat and mouse games both at the CCMA, where the controversial former broadcaster was fighting to be reinstated, and in the high court in Joburg, where the fired COO was fighting to get his hands on his pension.

The shocking figure, which is set to escalate further, is made up of fees for, among others, prominent cases including that of former CFO and acting CEO James Aguma.

In Motsoeneng's case, the public broadcaster withheld his R8m pension, contending that he was given an R11m bonus that he did not deserve during his tumultuous employ at the SABC.

The public broadcaster registered the case in court after it was informed by the SABC Pension Fund that it could only withhold Motsoeneng's pension if it was interdicted to do so by a court of law.

The SABC wants Motsoeneng to pay back the bonus money, stating he was not supposed to be rewarded for his role as he was only doing his job.

The decision has come back to haunt the public broadcaster in the pocket as it faces serious financial challenges, with surplus funds reportedly expected to only last until month end.

The SABC's legal expenditure is happening amid allegations of a high staff turnover in its legal department, with three staffers said to have quit recently due to them receiving no work as private law firms are preferred for high-profile cases.

Sunday World can reveal that the SABC received invoices amounting to R10m from law firm Werksmans Attorneys for cases handled between August 2017 and August 2018.

The SABC started off with a legal bill of R90000 when it registered an application at the South Gauteng High Court on August 25 2017.

With Motsoeneng's CCMA hearings and court appearances continuing, the legal bill escalated to R3.3m in May.

The invoices show it increased between June and August, hitting the R8m mark.

The figure prompted the law firm to tap into the SABC's trust account to pay itself R2.1m left in the account.

According to an invoice dated 25 May 2018, the law firm charged the SABC R95200 for one appearance on one of Motsoeneng's cases.

One ex SABC lawyer said they were treated like support staff for private law firms and "that's why some of us left."

Werksmans Attorneys spokesperson Hawa Moya said they could not comment due to client confidentiality.

SABC spokeswoman Neo Momodu said: "The SABC experienced allegations of corruption and maladministration following investigations by the interim board appointed in March 2017. The allegations resulted in the SABC conducting disciplinary procedures against the parties implicated. resulting in the termination of services of some of the incumbents found to have flouted the organisation's policies and governance procedures.

". [This] resulted in certain cases being referred to the CCMA for mediation and conciliation. The CCMA subsequently found in favour of the SABC. Following the CCMA judgments, some of the respondents appealed to the Appeals Tribunal, necessitating the SABC to seek legal counsel.

The matter is being considered by the tribunal, thus prohibiting the SABC from revealing information related to the case[s]."