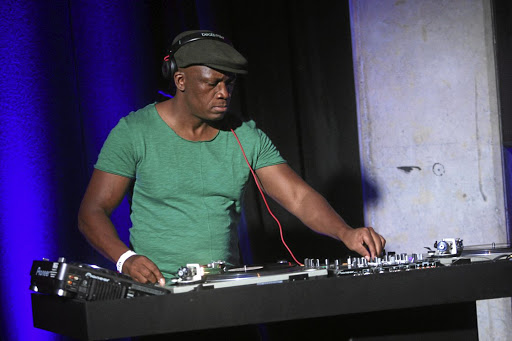 The Glenzito Superdrive host, whose real name is Lewis Mpotseng Tshinaba, got the boot allegedly for playing music from his memory stick, disregarding the radio station's play-list policy.

Sunday World can also reveal that the former Metro FM and Touch HD presenter was reported to the SABC internal audit alongside general manager for radio Leuba Ramakgolo for investigations.

It is understood that Glen Lewis, who joined the station in April, went to Ramakgolo for intervention after he received an e-mail from the station's programmes manager Christopher Choane asking him to provide reasons why he should not be suspended for his conduct.

Senior SABC officials, including those attached to internal audit, revealed that Glen Lewis ignored the e-mail and asked Ramakgolo to stop Choane from suspending him. "Leuba then told Choane not to charge him but he didn't listen and felt undermined instead," said one official.

These details were also confirmed by an SABC executive who said Choane, without a warning, went ahead and suspended Glen Lewis, much to the anger of Ramakgolo.

"Leuba sent him another e-mail asking him to rescind the suspension. But Chris realised that Leuba was interfering in the process and opted to report him and Glen Lewis to internal audit for investigations," said the executive.

Robert Marawa returns to the radio airwaves on August 1 and he is expected to be accompanied by his trusted producer Beverly Maphangwa and the ...
Sport
3 years ago

When called for comment, Ramakgolo declined to comment and hung up after the story was introduced to him. He did not respond to an SMS sent to him.

Glen Lewis requested that questions be sent to him by SMS but had not responded at the time of going to print. Choane refused to comment and referred questions to SABC spokesman Kaizer Kganyago.

Kganyago said: "The SABC can confirm that nobody is under investigation and nobody has been suspended at Radio 2000 in this regard."

Sources said the entire episode was likely to backfire on Choane, who had been on the job for three months.

An SABC executive said Choane did not follow the right procedures when suspending Glen Lewis because he did not inform the station manager about the incident and his decision. "That's what Leuba was telling him. He asked Chris if [station manager] Puleng [Thulo] was aware about his decision but he felt Leuba was trying to show him how to do his job and was protecting Glen Lewis," added the executive.

The same official also indicated that Choane defied Ramakgolo's instructions to give Glen Lewis a warning because he said that was the only appropriate action based on the misconduct.

One of Glen Lewis's colleagues, who is also a radio presenter at Radio 2000, confirmed the suspension. "We heard about his suspension. Management said he played music from a memory stick, including his own song. We were also cautioned not to do it as it is against the station's policy," said the presenter.