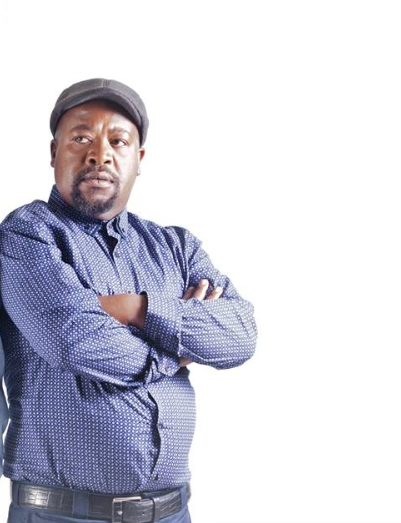 Skeem Saam actor Masilo Magoro may soon join the taxi rank queues if a creditor gets its way.

Skeem Saam actor Masilo Magoro is on the radar of the repo men for failing to hand over his BMW.

If the bank gets its way, the popular actor, who plays the controversial character of Charles Kunutu on the SABC1 youth drama, will have to join the queues at the Bree taxi rank for his travels from next week.

This comes after BMW Financial Services obtained adefault judgment against the actor at the South Gauteng High Court against his bad debt.

According to court papers, the likeable actor failed to keep up with his monthly car instalments for his 2011 BMW 3 Series (E90).

Magoro, according to the documents, bought the car on November 15 2014 at Melrose Arch, north of Joburg, for just over R275000.

The sale agreement indicates that he agreed to a monthly car instalment of almost R3500 which commenced on January 1 2015.

Conco's arrears have exceeded sum of R24000.
News
4 years ago

Magoro, according to the papers, was expected to make at least 59 instalments and a balloon payment of R70000 by the end of next year before claiming full ownership of the car. However, the papers indicate that the actor lived up to his character on Skeem Saam by failing to make payments for four months in a row, prompting the bank to take legal action against him.

The car financier also revealed that Magoro had been playing hide and seek with it, ignoring several of its letters reminding him of the arrears.

The papers also indicate the bank has obtained a warrant for delivery of goods from the sheriff of the high court, ordering the immediate repossession of Magoro's
German machine.

The warrant, according to the papers, was obtained in March and it reads in part: "This is to authorise and require you to take the said 2011 BMW 320i (E90) from the defendant ."

The actor confirmed that he had been going through a bad patch in the pocket but disputed the bank's version of events.

"I only skipped payments twice, not for four months as they say. I will fix the problem," Magoro said.

Skeem Saam’s Pretty was once 'slapped' by a fan

Her colleague Thabo Mkhabela‚ who plays Leshole in Skeem Saam‚ also spoke about the abuse he got from fans.
Shwashwi
4 years ago
Next Article