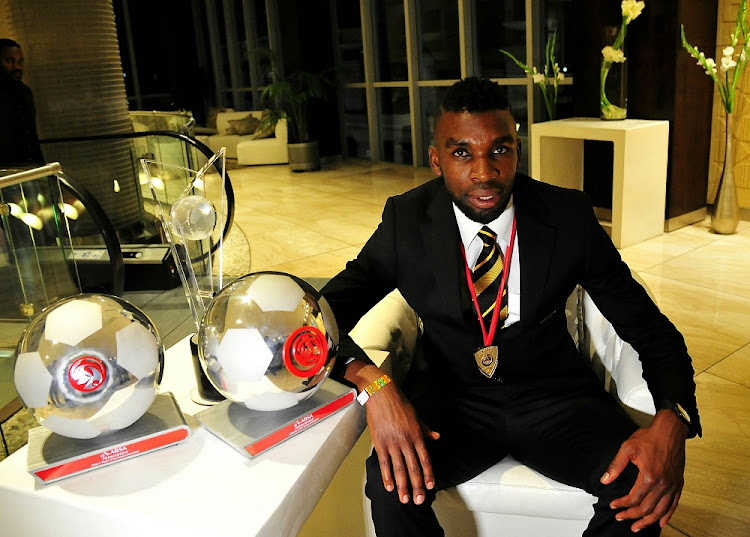 Former Bafana Bafana defender Tefu Mashamaite's sleek Mercedes-Benz has been linked to a daring cash-in-transit heist in Limpopo on Monday.

The SuperSport United player had reported to the Atteridgeville police station four days earlier that he was hijacked.

Mashamaite told Sunday World that the incident happened when he and a cousin drove to the Pretoria suburb to pick up her friend.

However, he claimed the pick-up turned out to be a trap.

The moment they arrived at the house - following the directions sent to them by the friend - three thugs emerged with the woman who was about to jump into their car.

"They didn't even have a car, which shows that the arrangement was more of a set-up," said the star defender who was previously on the books of Bidvest Wits and Swedish elite league club BK Häcken.

He said the assailants attacked by pushing around the woman and demanding her phone.

Mother of two among seven suspects nabbed.
News
4 years ago

"She refused to hand over her cellphone to them and they started beating her on the head. I stepped out of the car to reason with them so they could leave her but one of them pulled out a gun and pointed it at me and ordered me to stand still," he explained.

Mashamaite, 33, said he pleaded with the hijackers to take everything including the car but to spare their lives.

"I told them I didn't want to die and nobody should be killed because of a phone or a car and if they want it they could just take it," he said.

After the tsotsis drove off, he alerted his tracking company.

But it was too late.

By the time they followed its movement, the tracking device had been removed and dumped somewhere in Atteridgeville, west of Pretoria.

"I opened a case of hijacking at the Atteridgeville police station," said Mashamaite.

Sunday World learnt, through one of the player's friends, that the car that was recovered in Limpopo was linked to the early morning robbery outside Polokwane.

The friend revealed that the player was still shocked by the developments and he feared it was going to take too long before he could be reunited with his German machine.

"Remember they still have to check if the car was not used in other crimes," said the friend.

The Hawks have arrested seven suspects in connection with a cash heist that took place in Limpopo on Monday morning.
News
4 years ago

Mashamaite confirmed that he heard information about the possible involvement of his car in the heist but said he was still awaiting official communication from the police on the matter.

"If indeed it's true that my car was used in the cash-in-transit heist, how am I going to get it back? The police must tell me what I must do to get it back because it was stolen from me in Pretoria."

Limpopo Hawks spokesman Matimba Maluleke confirmed that two vehicles, a Mercedes-Benz and a BMW, were recovered and linked to the heist in Limpopo.

"The two cars were fitted with false number plates and we are still trying to identify their correct plates in order to get to the rightful owners and to check if they were reported stolen in other areas," said Maluleke.

Atteridgeville police confirmed a case was opened at the station. However, it was referred to Akasia police station for further investigations, according to a spokesperson there.

Akasia police said the station had not received it.

Easy access to explosives and corruption in the police system are some of the reasons for a dramatic increase in cash-in-transit heists‚ a study has ...
News
4 years ago
Next Article