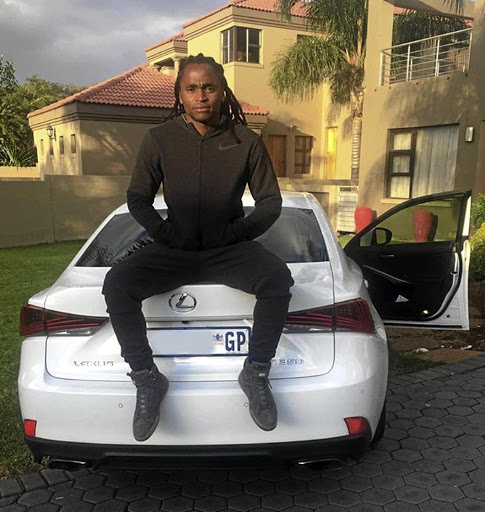 This story has been amended to add an apology to Kaizer Chiefs, see below:

So serious is the tussle that Mahlakgane has allegedly threatened to drag the club to court if the matter was not resolved in his favour.

Two highly placed sources, who have intimate knowledge of the imbroglio, alleged that what lit the blue touch paper was when Chiefs instructed Tshabalala to refrain from driving a sponsored luxury Lexus sedan from Toyota.

The left-footed footie received the car, which was branded in the name of his NGO, about three years ago.

Siphiwe Tshabalala marks his return to the South African national team after an absence of almost four years when the side takes on Senegal in ...
Sport
4 years ago

As part of the deal, Shabba, as Tshabalala is affectionately known to his fans, gets free fuel and insurance from the Japanese car maker.

Motaung, however, is understood to have red-carded the deal and demanded that the Bafana Bafana player drive one of the Toyota vehicles driven by other players as part of the club's sponsorship deal with the car maker.

When he showed them the middle finger, Motaung allegedly instructed him to remove the branding of his foundation from the car.

It is alleged that Tshabalala informed Mahlakgane of Motaung's demand and the soccer agent blew his gasket.

Mahlakgane allegedly held several meetings with Motaung, who told him to buzz off.

"Jazzman told her that contrary to the general claims, Chiefs and all South African clubs don't own the image rights of their players.

"In this case, Chiefs don't own image rights of Shabba and therefore have no right to dictate to him which car he must drive and which one he must not," said the mole.

The deep throat said Motaung refused to budge and told Mahlakgane that they own the player's image rights.

"Several meetings were held between Jessica and Jazzman but none of them yielded any fruit. Two weeks ago, Jazzman phoned Bobby Motaung [the club's football manager] and asked him to organise a meeting between him and Jessica to sort this thing out.

"He also pleaded with him to be present in that meeting so that they could resolve this matter. Bobby promised to organise the meeting, which is likely to happen in the next few days," said the tipster.

Another source said Mahlakgane has threatened to go to court if the matter is not resolved in his favour.

"He is confident that if the matter goes to court, any judge who presides over it will find in his favour or even throw the matter out of court and order the club to pay the legal costs," said the source.

"He [Mahlakgane] said the matter is also affecting Shabba negatively. How do you do that to one of your best players?

"It's ridiculous. Chiefs must focus on rebuilding the team, instead of targeting players," said the source.

"I have no comment on the matter," he said.

Chiefs spokesman Vina Maphosa said: "The matter was not brought to our attention as the communication department to communicate out to the public through media channels."

The Motaungs ignored our phone calls and text messages we sent to them.

Sunday World apologises to both Kaizer Chiefs and Jessica Motaung for two stories published last year. In   the first story headlined “Bitter words over Shabba’s luxury car” it was reported that a “war” had broken out between the club’s marketing director Jessica Motaung and Shabba’s manager Jazzman Mahlakgane.

After their complaint, the press ombudsman Johan Retief found that we reported unfairly and without proper verification when we stated that an “acrimonious war” had broken out between the two.

The use of the word “war” was unfair in that it exaggerated the disagreements between the two parties.

On the second story, which was run on the front page with the headline “Chiefs Cash Crunch”, Retief found that the paper had not properly verified the allegations against Chiefs.

In the story, the paper reported that the club’s staff was unhappy because there was talk that they were not going to be paid their annual bonuses and were also not going to be given annual pay increments.

The ombud cautioned the paper for reporting on some of the allegations as fact without verifying the claims.

“As the statements of fact of a ‘bonus rebellion’ and a ‘mutiny’ at the club, without any verification, was in breach of the following sections of the code:

·         “1.3: … Where a report is not based on facts or is founded on opinion, allegation, rumour or supposition, it shall be presented in such manner as to indicate this clearly.

·         “1.8: The media shall seek the views of the subject of critical reportage in advance of publication…; and

The ombud also directed the paper to apologise to Motaung for publishing allegations that she had embarked on a witch-hunt to sniff out whistleblowers without proper verification.

Among other complaints, Chiefs took umbrage when the paper referred to Motaung as “boss lady” but Retief dismissed that element.

“There is no finding on the general complaint of unbalanced reporting aimed at Jessica Motaung,” said Retief.

For the full ruling, visit www.presscouncil.org.za