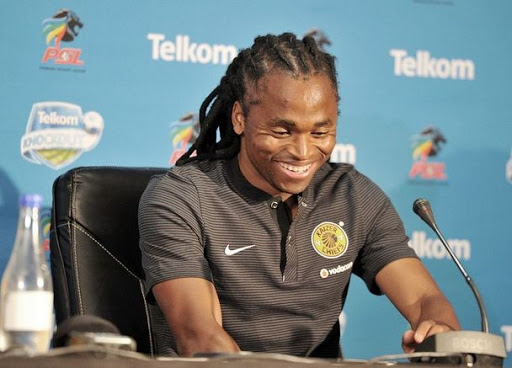 Siphiwe Tshabalala’s selection is about “here and now”‚ said Stuart Baxter‚ defending his recall of the Kaizer Chiefs veteran to the Bafana Bafana squad to face Senegal in two must-win World Cup qualifiers against Senegal next month.

Baxter said he clearly did not have a long-term plan for 33-year-old Tshabalala‚ but said the Chiefs ace is perhaps the most influential player on form in the Premier Soccer League right now.

Anticipating a public backlash‚ Baxter said he felt Tshabalala could bring qualities the Bafana coach needed for the Russia 2018 games against Senegal on November 10 in Polokwane and November 14 in Dakar.

“The first thing that we should emphasise is that this is not throwing a development programme out the window. This is here and now‚” Baxter said.

“If everybody is thinking its two games well that’s a long time – that’s a big spread of time.

“We’re looking at one game [in Polokwane]. We’re preparing for one game. And we’ve asked ourselves a question. Having beaten Nigeria and beaten Burkina Faso‚ we’ve now got one of the best teams on the continent coming to South Africa.

“And can we beat them in one game? And the answer to that‚ I believe is‚ ‘Yes’. And we don’t want to go any further than that.

“And I think Shabba‚ at the moment‚ is arguably the most influential player in the league.

“I think Shabba can give you a set play‚ I think he can find that pass‚ he can whizz one in from 30 metres. And apart from that‚ if you forget about all of that‚ I think his experience in the dressing room is invaluable.

“His effect on the players – I think they will enjoy seeing Shabba‚ who has done so well and served this country so well.

“And when we get that one out of the way‚ we may be in a position to make a real strike [in the second game].

“But at the moment I don’t think further than this one game. Because without a performance in this one game‚ in this 90 minutes-plus‚ then the last one‚ we can forget about it.

“So this is about here and now.”

Baxter’s decision to recall the Chiefs veteran after an absence of three-and-a-half years from Bafana has met mixed public reaction.

Some believe Tshabalala’s recall represents a step backwards from the brave youth policy‚ moving on from the disappointing generation of the 2010 World Cup‚ introduced by Baxter’s predecessor Shakes Mashaba.

Others believe Tshabalala’s form‚ and the must-win nature of the games against Senegal‚ justify the selection.