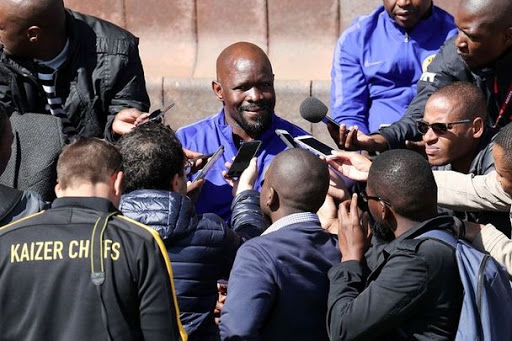 Stuart Baxter would not have recalled Siphiwe Tshabalala to the South African squad unless he had a plan to use him‚ says Kaizer Chefs coach Steve Komphela.

“I’m not qualified to make a comment but one thing I can say is that he has worked with Stuart and Stuart is very smart‚” said Komphela.

“Stuart knows exactly what he wants and I’m sure if he didn’t know what he was going to be using Shabba for‚ he wouldn’t have called him up.”

The 33-year-old Tshabalala was a surprise call-up last week when the squad for the two decisive World Cup qualifiers against Senegal was named by Baxter.

Tshabalala is in line to make his 89th appearance for the country on November 10 when Bafana host Senegal in Polokwane and then could feature again four days later when the two sides clash again in Dakar.

If Bafana win both matches‚ they will qualify for next year’s finals in Russia.

“The one thing that I must say … and also thank Stuart on behalf of Shabba … is when he said Shabba is one of the most influential players in the PSL.

“If Stuart says that‚ and (AmaZulu) coach Cavin Johnson said Shabba was the biggest threat (in the Telkom Knockout first round tie in Durban on Saturday)‚ it talks to the quality of the man.

“In terms of personality and character‚ is he national team material? Yes! International material? Go ask the Mexicans!” added the Chiefs coach in a reference to the wonder strike that Tshabalala delivered in the opening game of the 2010 World Cup finals at Soccer City.

Johnson described Tshabalala as Chiefs’ most influential player on the pitch in their 3-0 win over Usuthu on the opening weekend of the Telkom Knockout despite the fact that George Maluleka was named man of the match.

Chiefs are away to Polokwane City in their next league fixture at Peter Mokaba Stadium on Tuesday night.

All three matches kick off at 7:30pm.