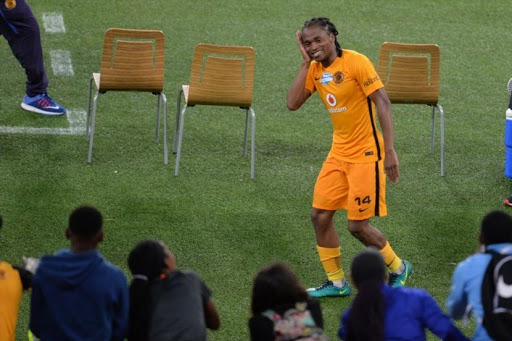 Siphiwe Tshabalala was going about his usual business at the Kaizer Chiefs' Naturena headquarters on Thursday morning when one of the club's administrators told the veteran midfielder that he'd received a call-up to Bafana Bafana.

The 33-year-old Tshabalala has not played for Bafana since 2014 and he said administrator Abdulla Mayet's unexpected news was like an errant lightning bolt on a clear day.

“I received the news today after training at the village‚" he said.

"I was on my way to the swimming pool to do some regeneration work and I was stopped by Mr Mayet who told me that I was in the national team.

"I just thanked myself because this is a reward for the hard work that I have put in and believing in myself.

"It is also fair to thank my team-mates and the technical team for the support they have given me.”

Bafana coach Stuart Baxter said Tshabalala’s return was based on his outstanding form at Chiefs and the player himself said he is not returning to the national team just to make up the numbers.

“I am very happy with the call-up and it is an honour to be back but (I am) not just going there to make up numbers but to add value.

"I trust that the experience and knowledge that I have gained over the years will help the team to qualify (for next year's World Cup in Russia).

"It is a big game for the country and we need everyone to be united in supporting the team because the pride of the nation is at stake.

"I am just grateful that I will be among the players who have been chosen to be there to represent the country.”

Tshabalala said he never called time on his international career and he was happy to be back.

“I have said it before that I still want to play for the national team and if I continue working hard at Chiefs that will enhance my chances of getting a recall‚" he said.

"For now‚ I am just happy that I finally received a call-up even if I don’t get the opportunity to play but just to be there and motivate the guys I will do it.”