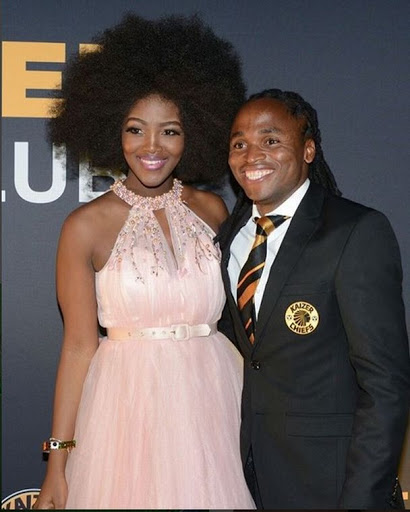 Bokang Montjane-Tshabalala is probably her husband’s biggest supporter‚ so when it was announced on Thursday that Siphiwe Tshabalala would make a return to the Bafana Bafana squad after last playing for the team in 2014‚ the former Miss SA could not hide her elation.

“God is so faithful‚ loyal and His promises are yes and amen! May the good Lord keep pouring His grace and FAVOUR on you! I used to think I’m God’s spoilt brat‚ but I think we are sharing that spot‚” she wrote on her Instagram account.

She said she hoped he would make his nation proud.

“Go out there and be the best version of yourself and be as great as God has destined you to be. May you make our great nation proud and‚ in the midst of so much negativity‚ bring us something as a nation to smile about‚ brag about and be grateful for‚” she added.

“I think he can give you a set-play‚ he can find that pass‚ he can whip one in from 30 metres and‚ apart from all of that‚ his experience in the dressing room is invaluable.”