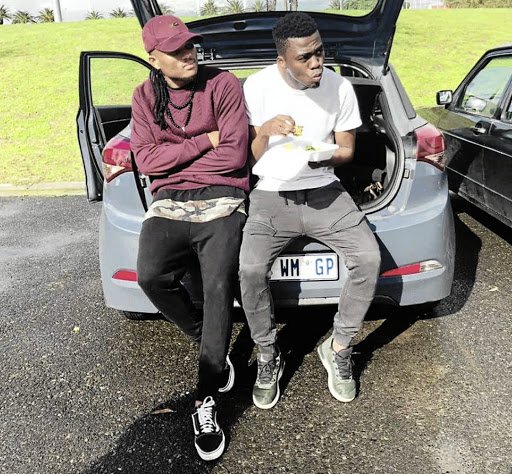 Being in Cape Town feels like being in a foreign country for Mpho Matsi.

The Mother City is a long way from where Matsi grew up in Mamelodi, Pretoria. But the Cape Town City midfielder is doing his best to fit in.

"When I wake up I see the ocean, the coastal air is different from that of the inner parts of the country. I can feel like I am in different place, it actually feels like being overseas. It's a different experience altogether to what I'm used to," Matsi said.

"People here speak mostly isiXhosa and Afrikaans, so I have been trying to learn the languages. People appreciate it when an outsider tries to make an effort."

Matsi, 28, said he goes out often and turns himself into a tourist in the city. He has already acquired an addiction to a local drink. "I have to a have a smoothie almost every day; that's the one thing I can't get enough of. I have been to Table Mountain. The city of Cape Town is beautiful, the view from the top of the mountain is so breathtaking. It's not the first and the last time I will be on top of the mountain."

New Sundowns winger is flying solo since relocating to hustle and bustle in Gauteng.
Lifestyle
2 years ago

His club, City, has a cosmopolitan make-up with players from various backgrounds including local Cape players and some from abroad.

Matsi gave an anecdote of how coach Benni McCarthy has tried to deal with the team's multi-culturism. "Benni once felt that the use of Afrikaans in the team made others feel left out and wanted us to use English. That didn't work well.

"So we told him that no, we should each make an effort to learn Afrikaans since that's the language spoken locally and because we have a lot of coloured players in the team."

The former University of Pretoria enforcer spends lots of his time with Dove. "Edmilson and I used to live in the same apartment here. I also wanted him to teach me Portuguese but so far he's only taught me greetings, may be it's still early days."

Striker often linked to ex-president.
Lifestyle
2 years ago
Next Article