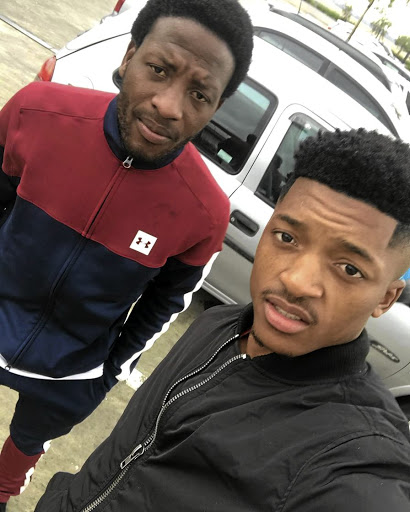 The burden of carrying the Zuma surname weighs heavy. Over the years the surname has become famous for all the wrong reasons, a fact that Dumisani Zuma knows all too well.

When the Kaizer Chiefs striker introduces himself to people, the same question pops out of their mouths time and time again. "The first thing they ask is if I am related to former president Jacob Zuma," he quips laughing.

"Everyone thinks when you are Zuma then you're related to the former president. To be a Zuma now means being easily recognisable to people and having a surname that is famous."

He has even attracted international interest just because of his famous last name.

"There was a time I got a message in my inbox on Instagram from a person in Europe asking if Duduzane [the former president's son] is my brother. It's really crazy."

Thabo Mnyamane is making hay while the sun shines

This Zuma though strives to leave supporters with smiles on their faces from his silky skills on the football pitch - not vexed and frustrated.

One characteristic the 23-year-old does share with Jacob of Nkandla is that famous Zuma charm. The former Bloemfontein Celtic attacker has a warm demeanour with a disarming smile.

Behind that grin, though, lies a story of tremendous pain. In the space of two years he lost both his parents before they could witness him achieving his dream of playing for Chiefs.

"My family was very supportive of me since I started playing football at a young age. My father would come watch me play even though my mom was not too keen on me focusing all my time on the game.

"Unfortunately they are not here to see me now especially because they were big Chiefs supporters. It would have been wonderful if they were still alive.