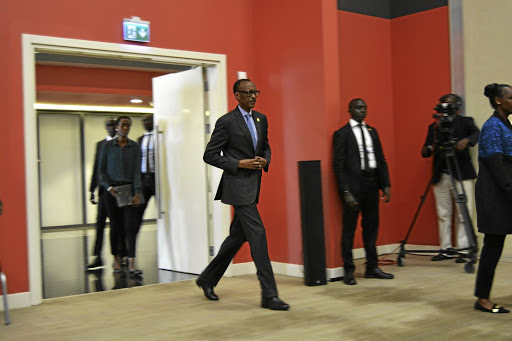 President Paul Kagame is hands on, leading Rwanda from the destruction of genocide to a prosperous country.
Image: Amos Mananyetso

In preparing for the unknown, I watched a promotional video on Rwanda while aboard the RwandAir flight to Kigali.

In it, Rwandan president Paul Kagame is seen taking the documentary maker around the country to showcase some of their natural wonders as well as some of the developments that they have put in place since the end of the genocide in 1994.

Kagame, who is equally loathed and loved around the world for his politics, can be seen in some scenes playing tennis and basketball, riding a jet ski on a lake and wearing rugged boots to take the visitor to the jungle to showcase the gorillas, one of the country's main tourism attractions.

Not quite like Russian president Vladimir Putin, who is known for pulling such stunts as driving dump trucks or swimming in frozen seas bare chested, one thing about Kagame is that he appears to be a politician who takes decisive actions to realise his vision.

"We asked our citizens to put their emotions in a box so we can rebuild the country," he said in one of his speeches as the nation remembered the fallen.

With emotions tucked away, the Rwandans started rebuilding their country from nothing. According to the lanky president, one of the most important foundations in turning things around "was to deal with the mindset". 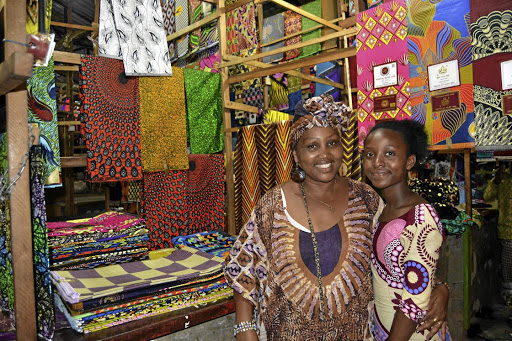 Traders at a Kigali arts and crafts market show off their colourful wares.
Image: Amos Mananyetso

Today, Rwandans see and refer to themselves as just that, Rwandans. No one speaks of Hutus or Tutsis.

One of the examples of the new "mindset" was when some of the remnants of the past attacked a school three years into the new dispensation.

During that incident, the militia instructed children in one classroom to separate themselves in two groups along ethnic lines. The children simply told the attackers to go fly a kite as there was no longer such nonsense in the country. The angry attackers fired indiscriminately, killing six innocent children and wounding 20.

The children are now referred to as the Nyange heroes, after the town in which the ambush happened.

During our trip, a trio of journalists from South Africa noticed that the area in which we were based was the most affluent of the capital.

As part of corroborating some of the glowing reports that have been making the rounds about Rwanda, we asked our hosts to take us downtown one afternoon to see for ourselves.

We arrived at a busy section of the city that looked and felt like Marabastad in Pretoria, minus the dirt and grime.

Cameroonian journalist Louis-Magloire Keumayou, who was also nosy about the claim that Kigali is one of the cleanest cities in the world, joked about how even the thousands of trees lining the streets of the city were seemingly terrified of dropping their leaves.

As nothing beats visiting the local craft market for any tourist, we headed to one on the outskirts of the city. It was packed, sizzling and buzzing.

Despite all the heightened trading activity, it was orderly and spotless. The cleanliness was not the only selling point for the country to woo tourists for the much-needed foreign currency but safety and security too.

Kigali came across as extremely safe and friendly with police on foot patrol at major intersections, day and night.

With a nightlife that was booming as a result of the tens of new skyscrapers taking pride of place in the Kigali skyline, it was easy to hop from one pub to another on the other side of town without worrying about muggers.

In case of a motorbike ride to a distant destination, all passengers are by law required to wear a helmet. And the police are extremely strict when it comes to safe driving and general safety. They don't take "cool drinks".

As part of exploring this amazing city on the rise, a tour of the genocide memorial, as depressing as it is, is a must.

One story that has been lingering in my memory since the visit is one of siblings who were bound together with a chain and padlock before being buried alive. The rusted accessories to the horrific killing are displayed as stark reminders of the past.

Rwandans are right to say enough is enough. All in all, things work in this city and there is great regard for the law.

How many toes will Kagame step on as he tries to help his country claim a place in the global scene? Only history will judge him. For now, his legacy on home soil is revered while opinion is divided beyond the borders.

"As for Lucky Dube, there is no song in particular. People like many of his songs and they regard him as a hero. It was very sad here when he died."
Lifestyle
2 years ago
Next Article