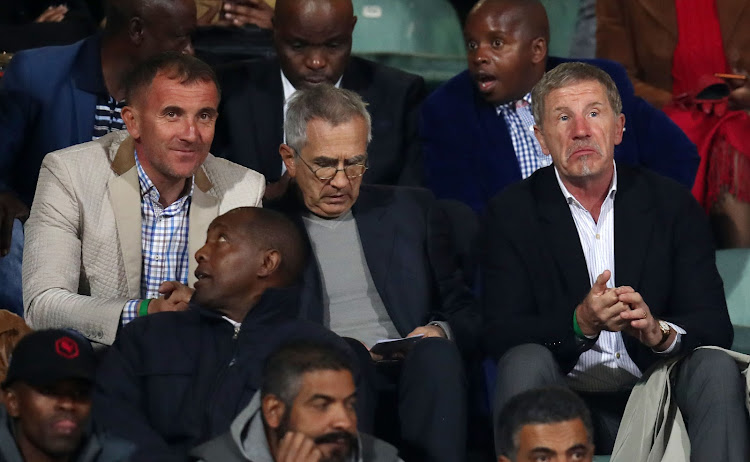 Milutin “Micho” Sredojevic believes Bafana Bafana can be the surprise package of the 2019 Africa Cup of Nations (Afcon) in Egypt and says it is not such a bad thing that the national team are in pot three for the draw.

The draw for the tournament that will be staged from June 21 to July 19 will take place on Friday at 8pm SA time‚ at the Pyramids in the Egyptian capital Cairo.

Bafana are in Pot 3 – the third-tier of seedings for the draw – which could make for a difficult path to the next stage as they are guaranteed at least two strong teams in their group.

The top two in each of the six groups reach the last-16‚ and also the four best runners-up.

Orlando Pirates coach Sredojevic‚ who qualified Uganda to their first Afcon finals in 38 years when he led the Cranes to the 2017 edition and has extensive experience on the continent‚ has confidence in Stuart Baxter’s team to represent the country well.

“I will tell you that in a format of 24 teams it is not a disaster to be in Pot 3‚ having in mind that‚ yes‚ you can have very hard teams‚ but what is important is that once you get to know your opposition you go in the deepest possible of details and prepare well‚” said the 49-year-old Serbian.

Bafana are in the Pot 3 with Burundi‚ Benin‚ Kenya‚ Madagascar and Mauritania.

That means they will be pitted with one of the powerhouses in Pot 1 of hosts Egypt‚ defending champions Cameroon‚ Morocco‚ Tunisia‚ Ivory Coast and Senegal.

The options from Pot 2 are not a lot easier - Democratic Republic of Congo‚ Ghana‚ Mali‚ Cote d’Ivoire‚ Guinea and Algeria.

South Africa are guaranteed at least one “weaker” team from Pot 4 of Uganda‚ Guinea-Bissau‚ Zimbabwe‚ Angola and Burundi.

“I have no doubt that our national team will do well‚” said Sredojevic‚ who left Uganda in 2017 to join Pirates.

“I count myself as part of football in this country. Allow myself please to feel South African in supporting Bafana Bafana.”

Sredojevic‚ who says he has visited 51 countries on the continent‚ has also coached in Rwanda‚ Ethiopia and Sudan.

He urged South Africans to rally behind the national team in their quest to make a mark and hopefully rekindle the glory days of the 1990s when the team lifted the Afcon trophy on home soil in 1996.

“I personally believe in the players we have. I believe in the technical team that they will prepare well. I really wish them all the best in the Africa Cup of Nations. I wish they surprise‚” Bucs’ coach said.

“As a technical person‚ as a supporter and as a coach of a giant club like Orlando Pirates we stand behind the national coach.”