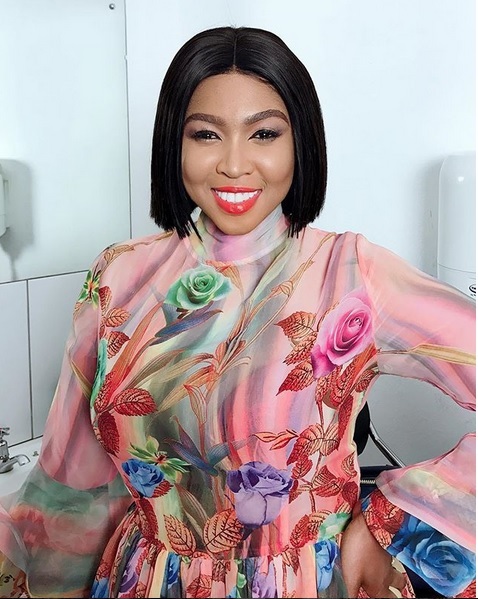 Two years after Sfiso Ncwane's death‚ his wife Ayanda began to stand out for the businesswoman she is‚ something she says wasn't easy for people to see because they expected her to "die with Sfiso".

Ayanda‚ who is the boss lady at Ncwane Communications told the Trending SA that people didn't expect her to make a success of her business after Sfiso died but she looked to the lord for strength and put on her big girl shoes.

"Two months after my husband left us to be with the father‚ I barged into our offices in Durban and everyone was shocked. They asked me‚ 'Madam where are you going?'. I told them‚ you know what guys uBab Ncwane is gone and he's no longer coming back but unfortunately the assignment is not over."

The mother to two boys said she's been dependent on God for survival in her personal space but as a businesswoman she's had to continue working to make her husband proud.

Ayanda said people didn't know that she was running the company even when her husband was alive and chose to tag her as just "Sfiso's wife" when she is so much more.

"From the beginning of Ncwane Communications I was always in the driving seat. So it was easy for me to take control after Bab' Ncwane died. I was already the CEO.

"As a woman in the entertainment industry‚ in the music space I wasn't taken seriously because I was already referred to as Sfiso's wife rather than the businesswoman or record label owner I've been. Only now that my husband is no longer with us that people notice that I've got it."

Ayanda has been hard at work promoting Abathandwa‚ the gospel group responsible for the viral track Ehhe Moya Wam.

The song which is one of the biggest songs in Mzansi at the moment has received both criticism and praise‚ and Ayanda has been the driving force behind them as their manager.

Taking to Instagram‚ Ayanda said the boys were a reflection of the fact that Sfiso didn't die‚ he multiplied.

"They go by the name of Abathandwa. As sis Criselda said Ncwane didn't die‚ he multiplied. As we journey forward with the vision we appreciate everyone who supports them‚" she wrote.

Watch the rest of the interview below: