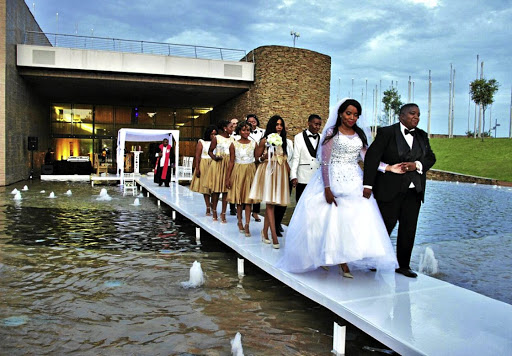 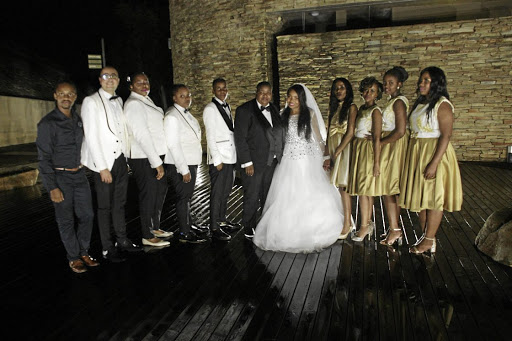 When the 32-year-old Steve met Lucy, three years her senior, she says she just knew she would be her life partner.

But they never hit it off immediately. Steve explains that she bumped into friends in Rosebank in 2012.

"Lucy was sitting with them. I joined them and had a coffee. I was already drawn to her."

After exchanging contacts they chatted about matters of the heart as Steve was recovering from a nasty break-up.

"In fact, Lucy wanted me to make up with my ex. We went out a few times and I realised that she is the woman I want to spend the rest of my days with," says Steve.

They started dating later that year as they discovered the bond was mutual.

Boyfriend given the boot double quick.
Lifestyle
2 years ago

"I think you just know from the onset if something will work. I think love at first sight exists. We share the same values, vision and aspirations," says Steve.

Steve chose to propose to Lucy on her birthday in March 2016.

"I went away for a few weeks to Malta, where I bought the engagement ring. After all these years together I realised we needed to officiate this.

"When I came back I took her to the Intercontinental Hotel's signature restaurant. We had dinner, and later, there was a moment of silence in our little corner and I kneeled and proposed. She was quiet and in tears. She finally said 'yes'," laughs Steve, who waited for the answer with baited breath.

For the official ceremonies they chose to celebrate over the Easter Weekend this year - which also corresponded with Steve's birthday, March 29.

It was a lavish affair lasting four days and ending on April 1.

They travelled to Mpumalanga's Ndebele villages.

"My family slaughtered a cow and a sheep. Lucy's aunts and uncles, who were part of the lobola negotiations, came and slept over at my home. That was their way of agreeing for their daughter to be part of the Letsike family," said Steve.

She attends the same church, the St John's Apostolic Church of Prophecy, with her husband, who is also a pastor.
Lifestyle
2 years ago

" On the Friday they also took back with them part of the cow to show that the Letsike's ancestors knew and welcomed Lucy. We continued the celebrations at Lucy's home and there was an exchange of gifts on Saturday morning. Lucy was presented with Setswana attire, which is the indication that she is now a Letsike bride.

"Sunday was the last day, when we celebrated our Western wedding. We had a matrimonial service and also reception," explains Steve.

She says rituals were important despite their same-sex marriage as their families insisted on doing the right thing to please the ancestors.

Lucy's beautiful gown, beaded Ndebele tradition-style, was made by her community while her western dress was bought abroad.

Steve says she wore a traditional shirt made by a Pretoria designer.

"I would definitely do it again, seeing our families and communities coming together was special and amazing."

The couple have a 16-year-old daughter, but Steve says they plan to expand the Letsike clan.