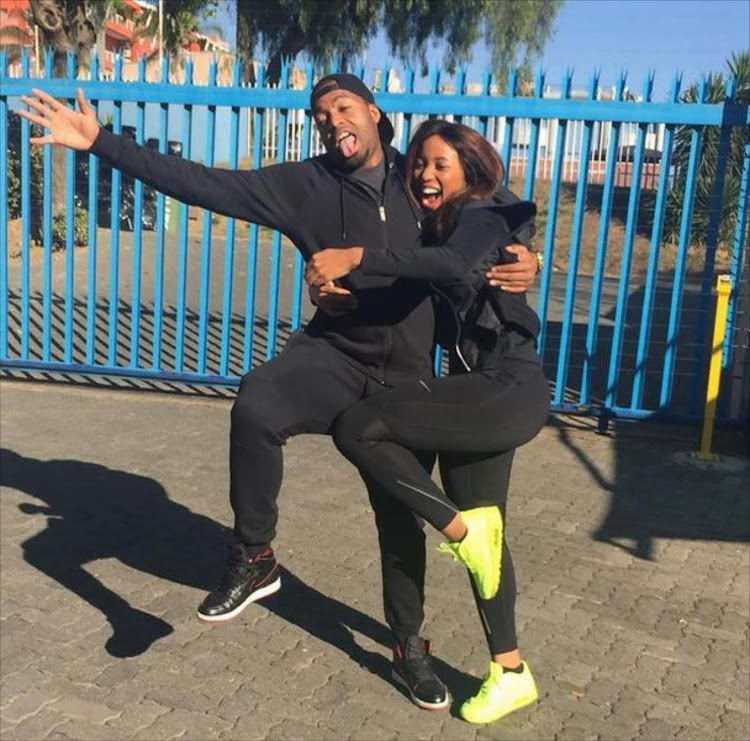 Sbahle Mpisane has given her fans some inside info into what was going on in her mind after her public split with Itumeleng Khune‚ revealing that she always knew they would end up together again - but all he had to do was beg!

Speaking to Drum the fitness trainer explained that she and Itu remained friends after their break up and she always knew she loved the Kaizer Chiefs keeper and he was her heart's keeper.

"We remained friends after the break up and would still have lunch sometimes. I always knew that I was going to go back to him. I love him - I was just waiting for him to beg me!"

They've been through the most and at one point decided to keep their relationship out of the public eye.

However‚ they gave their love a second chance and they are now happier than ever.

Speaking to TshisaLIVE earlier this year‚ soon after they rekindled their love‚ Sbahle admitted that scrutiny from fans and the media during her relationship with Itumeleng took its toll and led to them taking a break.

Even though the pair ain't planning on tying the knot tomorrow‚ love sure does look great on them.

Check out these snaps below:

To Love is Nothing ,To be Loved is Something ,But to Love and be Loved ,That’s Everything ❤️❤️💃🕺🏻

It’s been a great month for us bbe.3 most important days of our lives 18,19 and of course the 20th where we celebrate your birthday,Our Anniversary and my Birthday ,I couldn’t have asked for a better future Wifey and month than June #GodIsGreat 🙏🏻 #Gemini’s #BirthdayCelebrations #Anniversary 🎂🎉🎊🎈🥂🍾 @sbahle_mpisane

Khune and Mpisane are just flourishing this month with a lot of reasons to celebrate.
Shwashwi
3 years ago

Itumeleng Khune and Sbahle Mpisane have once again sent the rumour mill into a frenzy. Speculation that Itu and Sbahle were back together first ...
Shwashwi
3 years ago

Here's how Sbahle shut down those Khune split rumours

The rumour that Khune and Sbahle were over had hardly hit the streets when Mzansi's favourite 'fitness bunny' rubbished it.
Shwashwi
3 years ago
Next Article