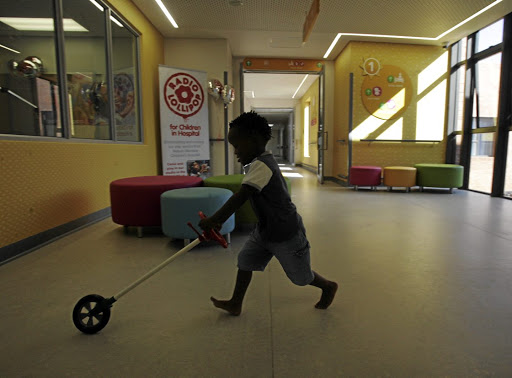 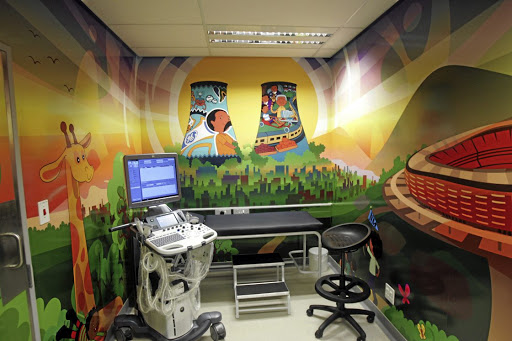 The Nelson Mandela Children's Hospital in Joburg is like a giant, empty and colourful playground.

It is serene and walking around its spotless walkways is like being at a day spa. It is still without that sterile smell synonymous with a health facility of its size. It's not like being in a normal hospital.

But that could be because the 200-bed R1-billion hospital has only been operational for 12 months and not even half the beds are occupied.

The super children's hospital opened its doors in June last year but instead of going for lock, stock and barrel operations, opted for a one department at a time approach.

According to its CEO, Dr Mandisa Maholwana, the first deployment was that of the state-of-the-art MRI and CT scans followed by the ICU.

"It is amazing how much of a difference we have made in public health so far," said Maholwana on the eve of the first anniversary celebrations.

"Some children die while waiting in the queue of big hospitals just for diagnosis. After that, it is another long waiting period for operations.

"So, as a tertiary specialist hospital, our duty is to help take the heavy load away from other hospitals. We will also offer beds for children who are in need. As you know, our children have to compete for beds with adults at other big hospitals like Chris Hani Baragwanath and Helen Joseph."

Maholwana spoke about one of the first cases the impeccable machines dealt with and possibly saved a life.

"There was a child who had been sick for months and her situation was deteriorating. She was waiting to be diagnosed and after we had a look at her, we found that it was just a tapeworm. We gave her a pill and that was it," she said.

Some of the services now available at the hospital include dialysis for children suffering kidney ailments, cardiology, neurosurgical and general surgical.

Maholwana said the next target was to launch the cardio surgery and orthopaedic surgery theatres before the end of the year.

"As per Tata Madiba's dream, this is for all children," said Maholwana welcoming Sunday World to the hospital.

"No child will be turned away from this hospital regardless of their socioeconomic circumstances. And, to date, all the patients we've received have been referred from other public sector hospitals. The achievements so far take us from the first day when we only saw radiology patients."

The interior decor of the hospital is for children by children from different age groups who made artworks that were brought to life when the hospital was built.

From funny looking monster chairs in the passageways erected from play-dough shapes, to doodle drawings on the walls, it's a playground heaven for the little sicklies.

Seven-year-old Nekaya Heynes was diagnosed with end-stage renal disease last year and was admitted to the Chris Hani Baragwanath in September before being transferred to NMCH last month.

The long walk for water at Mandela’s birthplace

As the global community celebrates the centenary of Nelson Mandela‚ his eldest grandson‚ Nkosi Mandla Zwelivelile Mandela‚ decried the lack of clean ...
News
3 years ago

"The hospital is really nice," she said. Her older sister, Christening, was pleased with the hospital and the reception and assistance they received.

"So far the experience here has been better than what you get at any other hospital."

The facility boasts the largest paediatric ICU complex in the country, treating neonatal and paediatric patients.

Paediatric nurse Makoma Molewa's role includes nursing the patient and administering medication as prescribed by the hospital's specialist doctors who include professors from some of the country's best medical schools.

Molewa started working at the hospital in August last year and said she felt honoured to be part of a team that would see Madiba's vision become a reality. "I'm passionate about working with children and the bonus is that it's a lovely place with lovely colleagues. We are growing and I work with a multidisciplinary team, so there's a lot of team work involved.

"There are challenges like any other hospital but because this is a referral hospital and we admit very sick patients, it's sad but rewarding when they get better and you see them going home healed."

The lecture has been organised by The Nelson Mandela Foundation and the Motsepe Foundation.
Entertainment
3 years ago
Next Article