No break for sisters, even in a model world 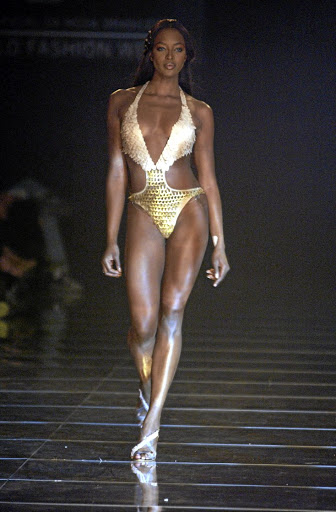 There was a collective gasp among fashionistas this week when supermodel Naomi Campbell hinted at imminent retirement.

The long-limbed goddess gave the subtle hint at her Fashion For Relief gala event, one of her many philanthropic ventures.

She said: "I don't know if I can walk much longer. But it's an honour to walk. I'd love for it to be carried on by the younger generation and for me to sit in the audience and watch."

Campbell, whose career has spanned a staggering 32 years, came to fame as one of the original supermodels, a "big five" that included Cindy Crawford and Christy Turlington.

She, of course, was the only heavily melanined one in the quintet of high fashion beauties and some of the world's highest paid models.

Model and activist Naomi Campbell broke down in tears on Saturday in front of thousands of mourners gathered for the funeral of Winnie.
News
4 years ago

She has walked shows for some of the biggest names in fashion, making history once again as the first black model to open a show for Prada. She has also graced a number of advertising campaigns for luxury designers. But even after all that, and showing that success in the modeling world need not be limited by one's race, it comes as a shock (not really, but bear with me for effect), that even now in 2018, we are still celebrating significant firsts for black models.

Recently, Sudanese model Adut Akech became the first black model to open a Chanel show. Yes, let that sink in. The 109-year-old fashion house only gave the honour to a black model for the first time this year.

It is telling that even as the doyenne of "black models" contemplates retirement, we are in a position where we are still experiencing firsts for black models.

The hottest young designers give the lowdown on who inspires them

Young designers speak muses with us
S Mag
4 years ago

During Campbell's reign, there have, of course, been other big-name black models including Chanel Iman, Alek Wek and Tyra Banks. Over the course of her career, Banks was consistently pitted against the statuesque Campbell. While for some this might have seemed a typical cat fight, for the more discerning observer, this was an insidious case of the idea that "there can only be one" when it comes to women, and especially black people.

This dangerous notion remains prevalent in many spheres today, including boardrooms, music and politics, stunting the progress of many women.

Modelling may be deemed frivolous by many, but take a moment to consider that even in the mostly make-believe world of heavy make-up, weaves and couture dresses, sisters can't catch a break.

For more stories go to www.sowetanlive.co.za/s-mag/